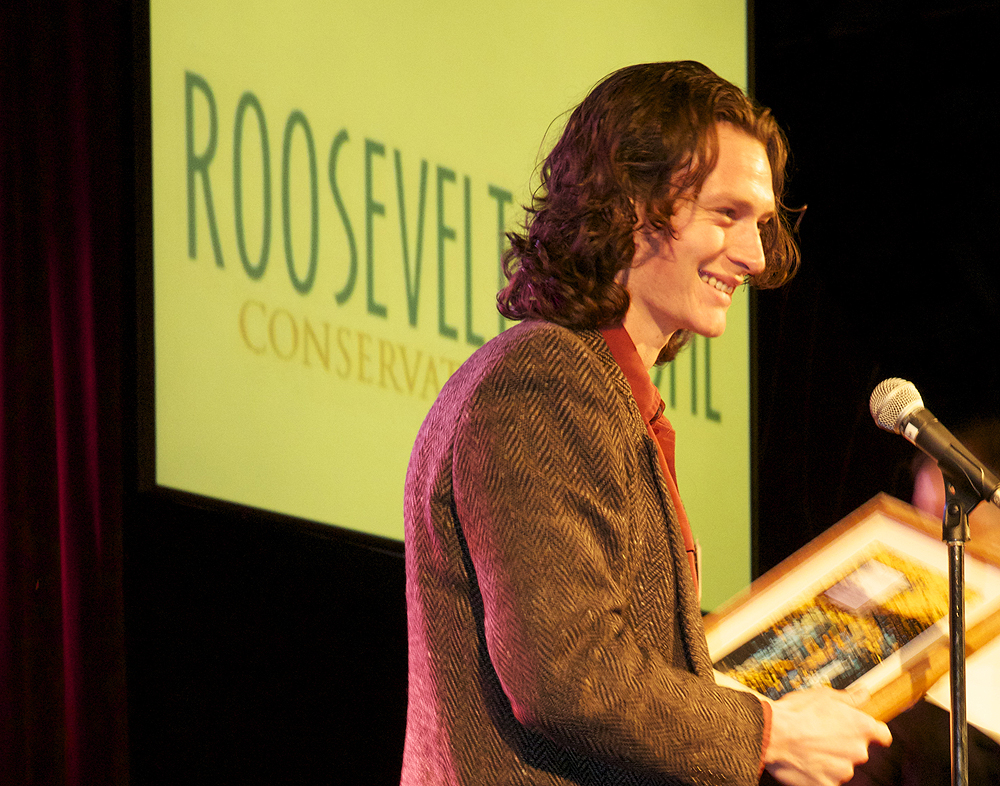 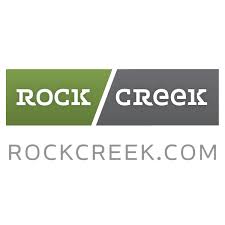 Rock/Creek and owner, Dawson Wheeler, have spearheaded Chattanooga’s development into one of the south’s most prized and visited outdoor meccas. Fostering trail running through the world class Salomon Rock/Creek Race series, as well as his work for the Land Trust of TN are only two recent examples of  dedicatin to experiential education and outdoor conservation. Rock/Creek has been invaluable to conservation and outdoor recreation in the Chattanooga area for almost three decades. Dawson and Rock/Creek have addressed recreation and the desire to recreate in the outdoors. By building one of the nation’s premier outdoor retail stores, as well the one of the world’s premier trail racing series, which attracts runners from around the globe, Rock/Creek has built outdoor recreation and experiential learning into the very fabric of Chattanooga’s renaissance. 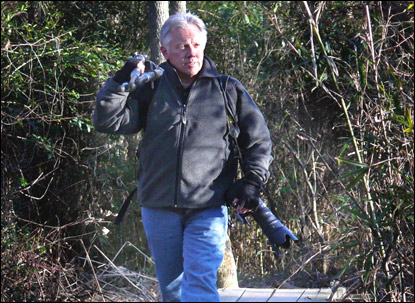 Carl Galie is a North Carolina photographer who has devoted his work to conservation issues for the last 18 years. Galie’s photographs of the Roanoke River basin have helped protect and preserve that region since 1995.Torn between his coal mining family roots and saving the mountains he loves, there is a constant struggle between the need for jobs and the protection of an ecosystem that is being destroyed in the name of corporate profit. Carl prefers a more non-confrontational form of environmental activism, not attacking the coal industry personally but using photographs to expose the devastating mining practice of mountain top removal that has only one purpose, maximizing profits. Carl’s focus on the beauty of coal country rather that just devastation is a wake up call for our elected officials and those still living in these areas to realize that coal is not a renewable energy source and one day it will be mined out and these coal companies will move on like Carpetbaggers in the night. It’s his work displaying what happens to old coal towns after the mines have shut down, Carl intends for people to realize that the time to begin planning for a future beyond coal is now. 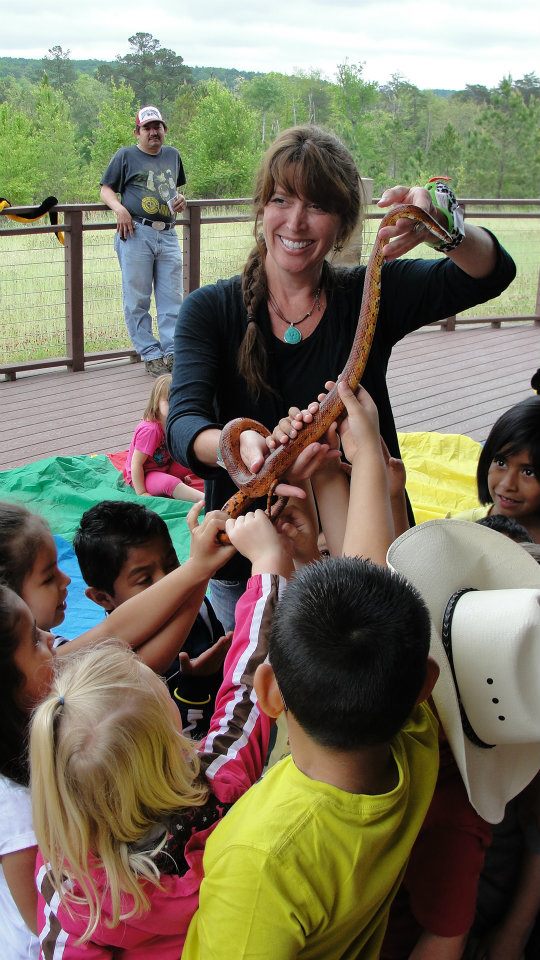 Renee Morrison has been the assistant director for the Jacksonville State University (JSU) Environmental Policy and Information Center and Field Schools for the past decade. She was the Director of Education for ten years at the Anniston Museum of Natural History during which time she played a role in the museum receiving its Smithsonian affiliation and implementing three new exhibit halls and four traveling exhibits. Over the past twenty years, Renee has been a catalyst for increasing awareness, stimulating appreciation, and connecting the community to public lands. Renee has presented 6,000 EE programs for more than half a million participants (including 80 nature camps for 1,600 children and 60 teacher workshops for 1,200 teachers). She specializes in “sensory science” programs utilizing components such as hands-on experiences, live animals, storytelling, creative drama, fairy house techniques, and environmental arts to enhance the participant’s experiences. Folks who have experienced nature at Renee’s side, often remark on her ability to inspire a deeper look the natural world, her extraordinary creativity, and her never-ending delight in sharing her passion for EE. Students have described Ms. Renee’s programs as “an educational adventure.” Alabama writer, Karyn Zweifel, says, “You might think there’s a little fairy blood running in her veins. She’s quick to smile, a little mischievous, and completely at home in the forest. Renee Morrison is a born story- teller, combining her education as a naturalist with her love of imaginative play and folklore.” 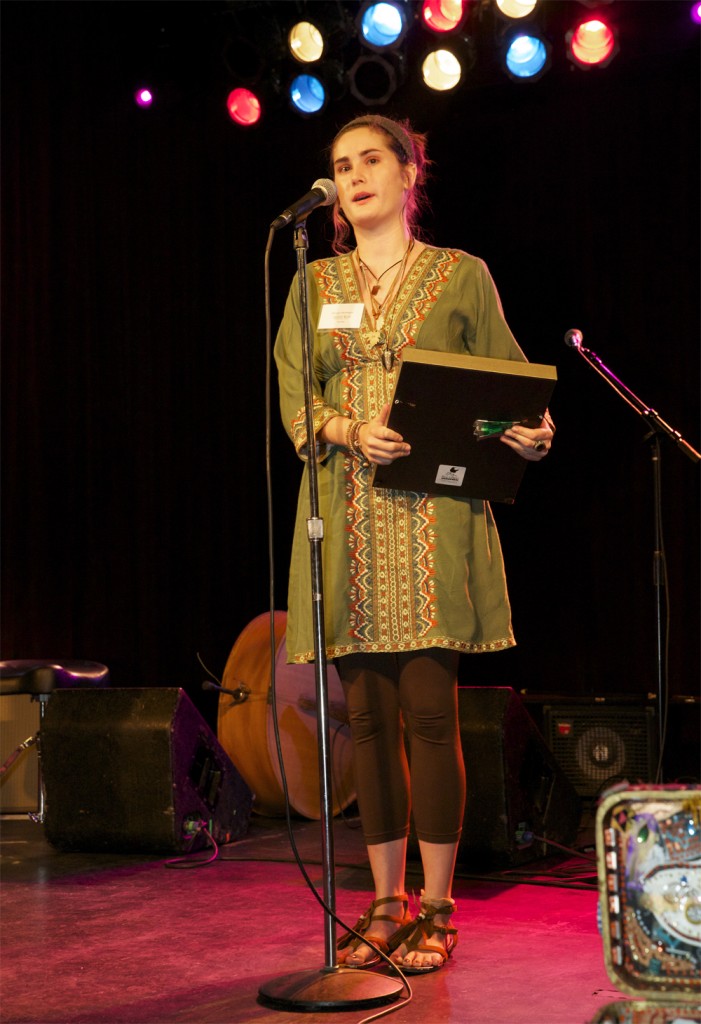 Morgan founded the Environmental Science club at Bob Jones High School an has worked to promote not just awareness of environmental issues at her school, but to engage her classmates to participate in community service. Morgan was able to resurrect the group, gain strong faculty support and energize her classmates to participate. Through this group, Morgan and the other students work to educate classmates, and they actively participate in service projects with the groups all over North Alabama- specifically the Madison/Huntsville area. The club has also participated in Wild South work days. It is clear that the other students consider her a leader. It is important to any group that relies on volunteers to have dedicated, reliable people participate, but it is particularly encouraging to see young people so engaged and energetic. Wild South has benefitted from the energy and enthusiasm of Morgan and her classmates on several work days in the Sipsey Wilderness. If a high school student is able to get other teenagers to not just give up a Saturday, but walk 6 miles carrying equipment, that definitely demonstrates leadership and respect! Morgan has worked with a variety of organizations in north Alabama. She is very active in the Flint River Conservation Association. With this group she has participated in programs to educate the public about rain barrels and invasive species as well as helping with the presentation of the Wild and Scenic film festival in her area. Her work with Flint River Conservation Association, was recognized as so important that she is nominated for Vice Chair for 2014- as a high school student! 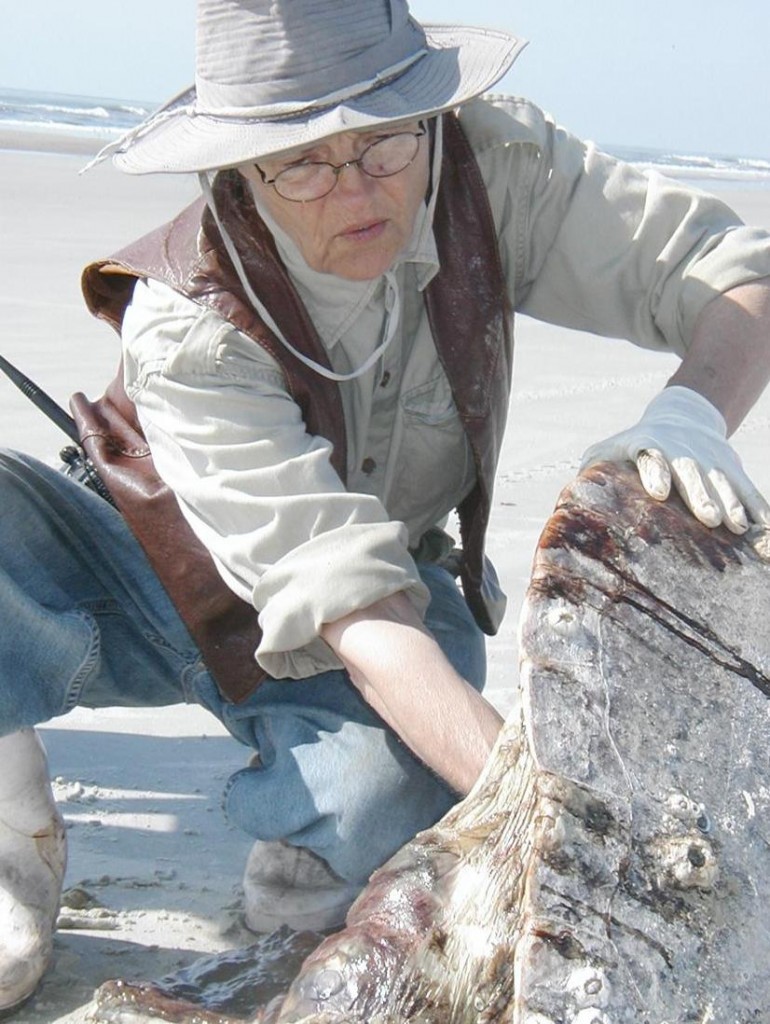 Carol Ruckdeschel has devoted her life to Conservation Science and Education, Wildlife Advocacy, and Uniting Voices to Protect Wild Places and Wild Things.  For four decades, she has been a voice crying out for wilderness. She has galvanized the public and environmental organizations around her data and determination. She is a one-woman conservation movement who has steadfastly held her ground. A combination of Henry David Thoreau and Jane Goodall, Carol is a self-taught scientist who has become a tireless defender of sea turtles on Georgia’s Cumberland Island, a national seashore and wilderness, where she lives simply and self-sufficiently in a ramshackle cabin that she built herself from driftwood that has washed ashore. A dirt-poor naturalist with only a high school diploma, Carol is nonetheless one of the world’s most renowned and respected sea turtle biologists. She founded the Sea Turtle Stranding Network, which began as a handful of volunteers collecting data on dead sea turtles along the Georgia coast. Thanks to her pluck and persistence, the Sea Turtle Stranding Network is now a federal program operated by the National Oceanic and Atmospheric Adminsitration (NOAA) with the world’s largest sea turtle mortality database.
On Cumberland Island, Carol single-handedly saved the island from development and spearheaded a federal wilderness designation for the island in 1982. She rallied the public through grassroots activism, letter-writing campaigns, and coalition building, which remarkably overcame powerful anti-wilderness interests, including the National Park Service itself. Since then, she has fought to uphold wilderness protections for the island despite lax enforcement by the National Park Service and outright abuse by wealthy island residents.
She also founded the Cumberland Island Museum, which housed nearly every island species and more sea turtles than any other collection in the world before she donated her specimens to the Smithsonian. Her museum continues to collect island specimens, fund research, and promote scientific-based management of the island ecosystems.

Board and Staff Awards of Distinction: 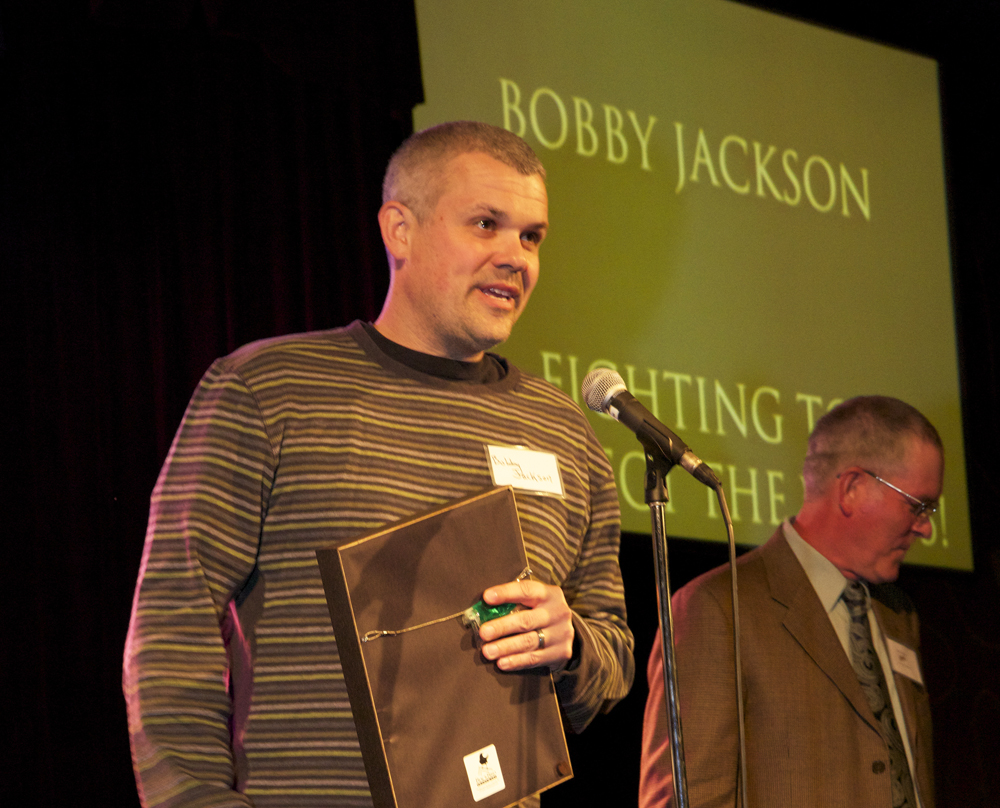 Bobby Jackson recognizes the value of Wild South’s work and has demonstrated what a business committed to conservation can achieve through a strong partnership.  He has helped to align his business philosophy with the mission of Wild South and has helped us connect our work with their customers and together we have reached thousands of people. Let’s be honest, without wild places, where would we go play – without trees where would you hang your ENO hammock?! 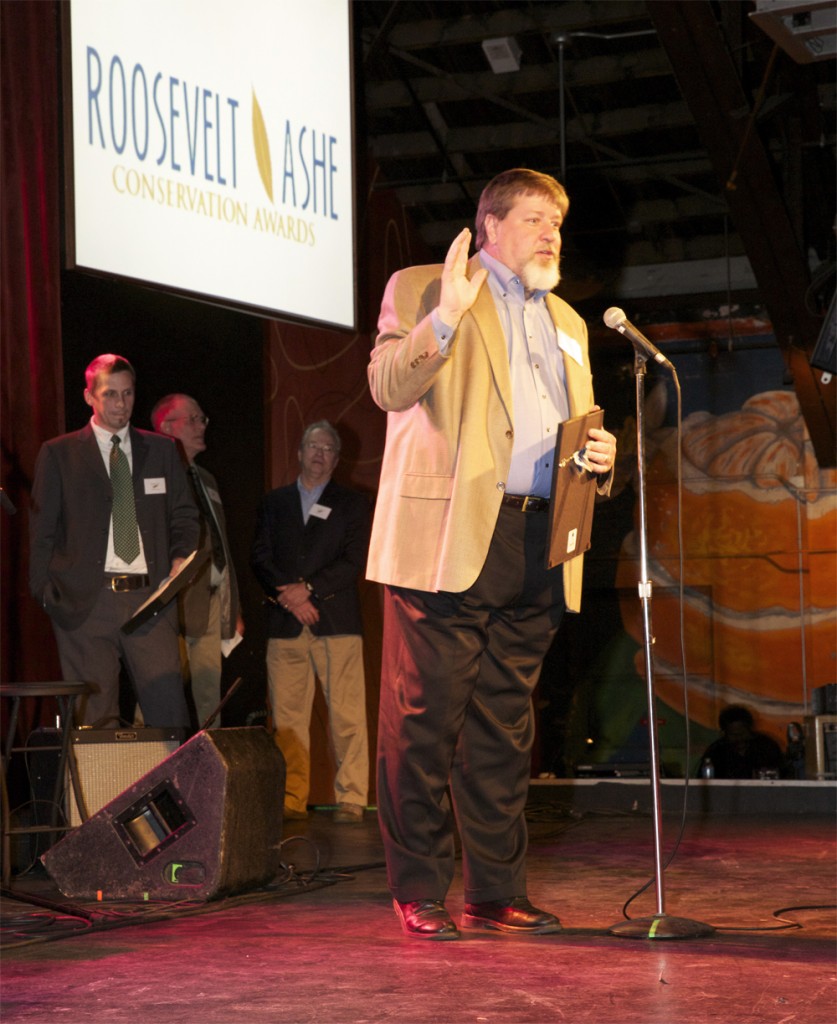 Bill Hodge has furthered Wild South’s mission by continuing to be a true champion for Wilderness and helping us continue the fight for Tennessee Wilderness Act. He has received an array of awards and just this week was recognized by the White House for his work with youth in conservation. Bill has spent countless hours in the wilds of East Tennessee and the halls of Congress ensuring that 20,000 acres of Wilderness are protected for generations to come. He is a man whose passion for wild places is matched only by the size of his heart.