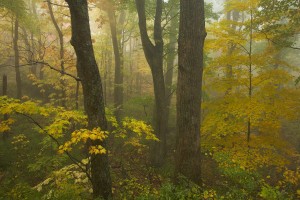 “I am pleased to announce that the Nantahala and Pisgah Forest Plan will be among the first forest plans across the country to be revised under the new Planning Rule, unveiled earlier this year,” said Bail. “Today, we start the multi-year process of using the best available science and input from a wide variety of stakeholders to formulate a Plan that will guide management of the Nantahala and Pisgah National Forests into the future.”

The Plan revision process will occur over a three-to-four year period. It begins with the Assessment Phase, which will take about a year to complete. During this phase, the Forest Service will collect and compile data and other information on the current state of the Nantahala and Pisgah National Forests. The Planning Phase, which follows the Assessment Phase, will take two to three years to complete. After the Plan is completed, the Monitoring Phase will begin and continue until the next Plan revision.

Originally published in 1987, the Plan received a significant amendment in 1994. Each national forest and grassland is governed by a management plan in accordance with the National Forest Management Act. These plans set management, protection and use goals and guidelines.

The 2012 Planning Rule guides the planning process. The rule includes stronger protections for forests, water and wildlife, while supporting the economic vitality of rural communities. It requires the use of the best available scientific information to inform decisions. The 2012 rule strengthens the role of public involvement and dialogue throughout the planning process.

For more information about the National Forests in North Carolina, click here.