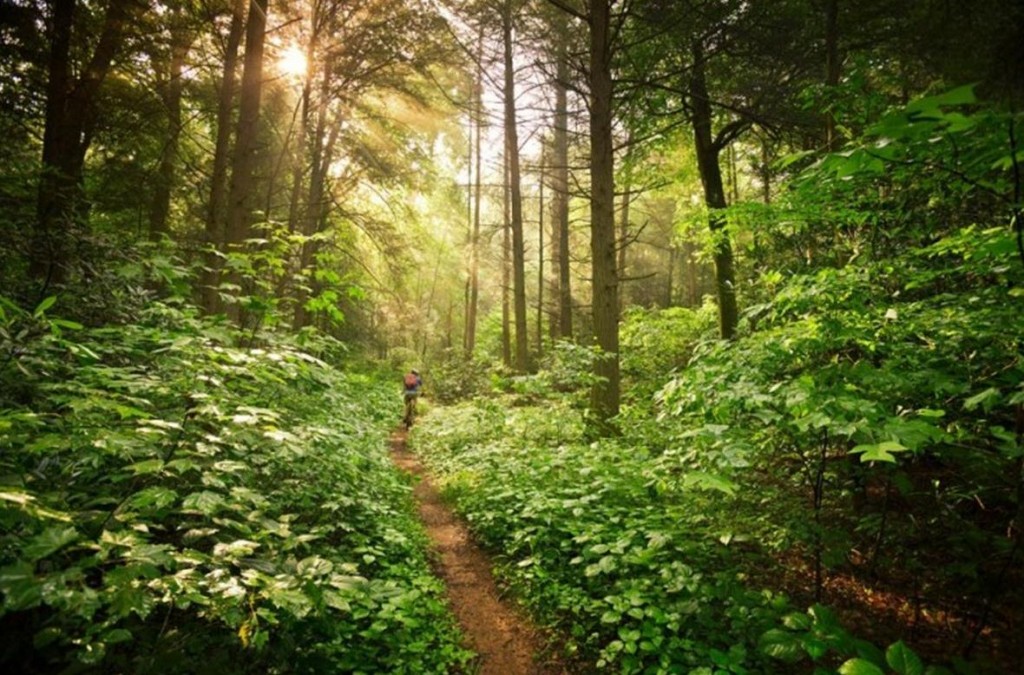 TAKE ACTION HERE!  Send your personal comments and stand up for the wild places we all love.

CHAPEL HILL, N.C.—In what conservation groups flag as a dramatic shift, the U.S. Forest Service is proposing industrial-scale logging in the vast majority of the Pisgah-Nantahala National Forest in western North Carolina – about 700,000 acres, or an area bigger than the Great Smoky Mountain National Park – instead of protecting popular backcountry recreation destinations and conserving the Blue Ridge landscapes treasured by residents and tourists from across the United States.

“Under the law and for everyone who enjoys America’s forests, the Forest Service’s first priority should be fixing the mistakes of the past – restoring the parts of the forest already damaged by prior logging,” said DJ Gerken, senior attorney with the Southern Environmental Law Center. “But the misguided logging plan proposed by the agency will repeat those old mistakes, causing more damage and putting the healthiest forests we have left on the chopping block. The people who use and love these forests won’t stand for cutting them down.”

The Forest’s new proposal would inevitably increase logging over the levels of recent years, though the precise amount has not been disclosed. “This increase would come from ramping up logging all over the forest, including backcountry areas like the South Mills River area, home to the popular Black Mountain Trail,” said Hugh Irwin, conservation planner for The Wilderness Society. According to Forest Service documents, such areas would be managed for “timber production,” which it interprets as “the purposeful growing and harvesting of crops of trees to be cut into logs.”

This industrial-style logging would also require cutting new roads for trucks and equipment into sensitive, unspoiled backcountry areas. “Not only is that destructive and disruptive, it’s also fiscally irresponsible,” added Irwin. “The agency shouldn’t be expanding its road system when it can’t even afford to maintain the roads it already has.” Agency reports confirm that the Forest has less than 13 percent of the funds needed to maintain its existing roads, leading to safety and water quality problems. Several popular roads remain closed due to unrepaired washouts.

“This proposal is absolutely the wrong direction for the forest,” said Ben Prater, director of conservation for Wild South. “Times have changed, and our mountain economy doesn’t depend just on logging anymore. We should be capitalizing on our wonderful Blue Ridge forests, not cutting them down. Treating practically the entire Pisgah-Nantahala as a ‘crop’ is simply irresponsible.”

The Pisgah-Nantahala National Forest has become a tourism and recreation destination, and revenue generated by visitors is a major driver of the western North Carolina economy. The National Forests of North Carolina are the third most visited national forest in the country. Industrial logging not only damages scenery and natural features, which are the key draw for half of those visits, but also requires popular areas to be closed to the public for months at a time while trees are being cut. “They’re our public lands,” says Prater. “Where is the balance?”

Josh Kelly, public lands biologist for the Western North Carolina Alliance, calls the proposal a “missed opportunity.” According to Kelly, “the Forest Service could sell more timber, meet game wildlife goals for hunters, and fulfill its ecological responsibilities by focusing its limited budget on restoring degraded areas with existing road access. We have a historic opportunity to care for this forest like it deserves – a real win-win solution – but if the Plan is mired in conflict, none of that work will get done.”

Public participation is important to the planning process underway, in which the U.S. Forest Service will decide how to manage the Pisgah and National Forests for the next 15 years.

The public can also comment by email at NCplanrevision@fs.fed.us.

The Forest Service will also hold a public meeting with opportunities for public questions and comments at the McDowell Technical Community College in Marion, N.C. on Thursday, Nov. 13.