At Wild South, a large part of the Cultural Heritage department’s work is focused on researching and mapping historical trails on public lands. These trails tie us to the past, illustrating how ways of life have changed over time. Many trails and roads are directly connected to the history of the United States. For example, travel ways leading from western North Carolina to eastern Tennessee were regularly used during the Civil War. 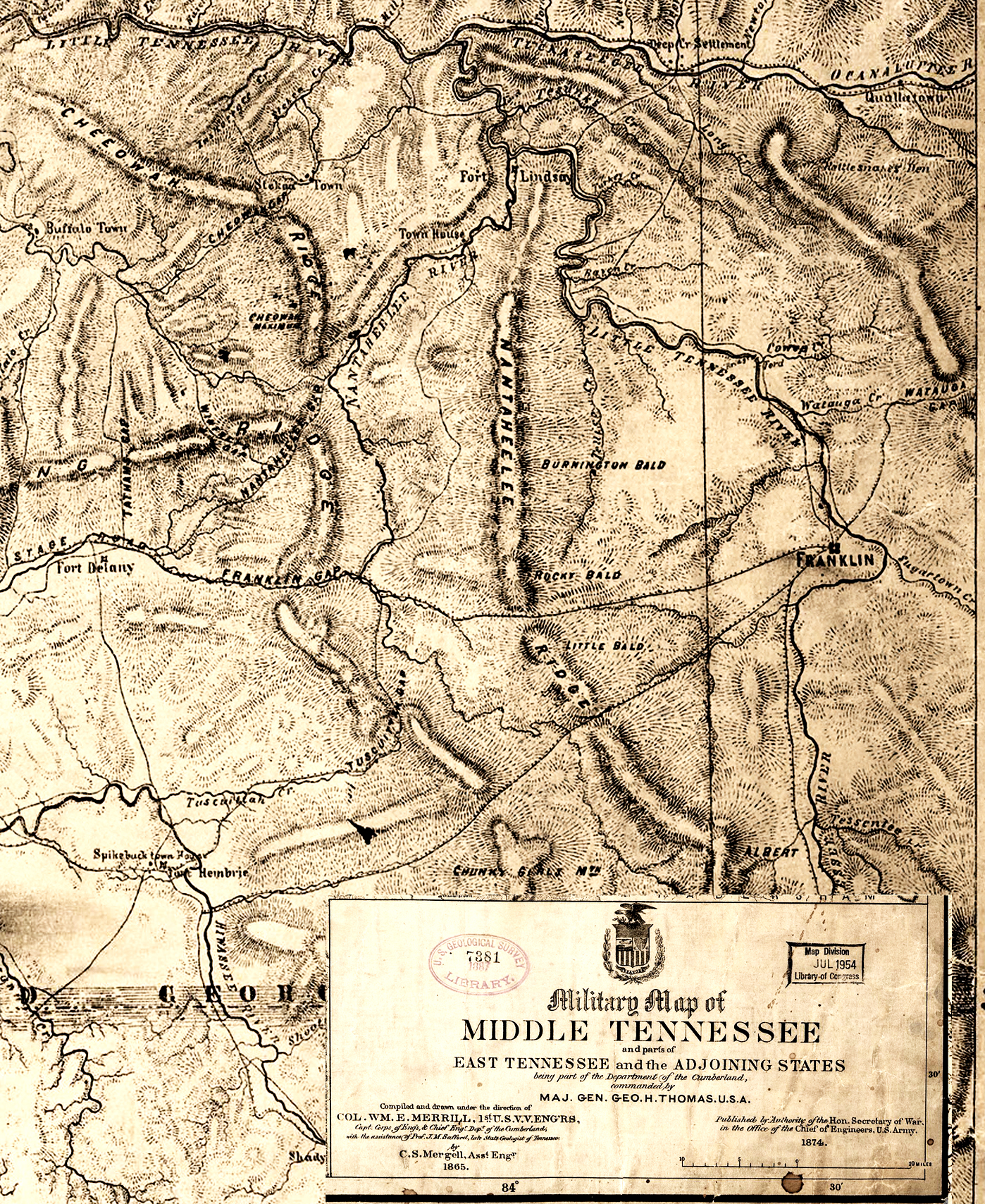 Most of the early roads that were used by Civil War troops were based on the ancient Cherokee trail system that had been widened and altered for wagon use in the early 1800s. Wild South has documented the evolution of the trails from Native American utility and trading paths to the Civil War era. When the Civil War began, the U.S. Army updated a map that was made in 1838 to support Cherokee Removal in western North Carolina (see map).

Though most major battles in North Carolina took place in the central and eastern regions of the state, western North Carolina was by no means excluded from the war. Men enlisted and were drafted, and the communities of western NC faced raids from bushwhackers and enemy troops. Like their white neighbors, the Cherokees found themselves in the midst of great conflict. 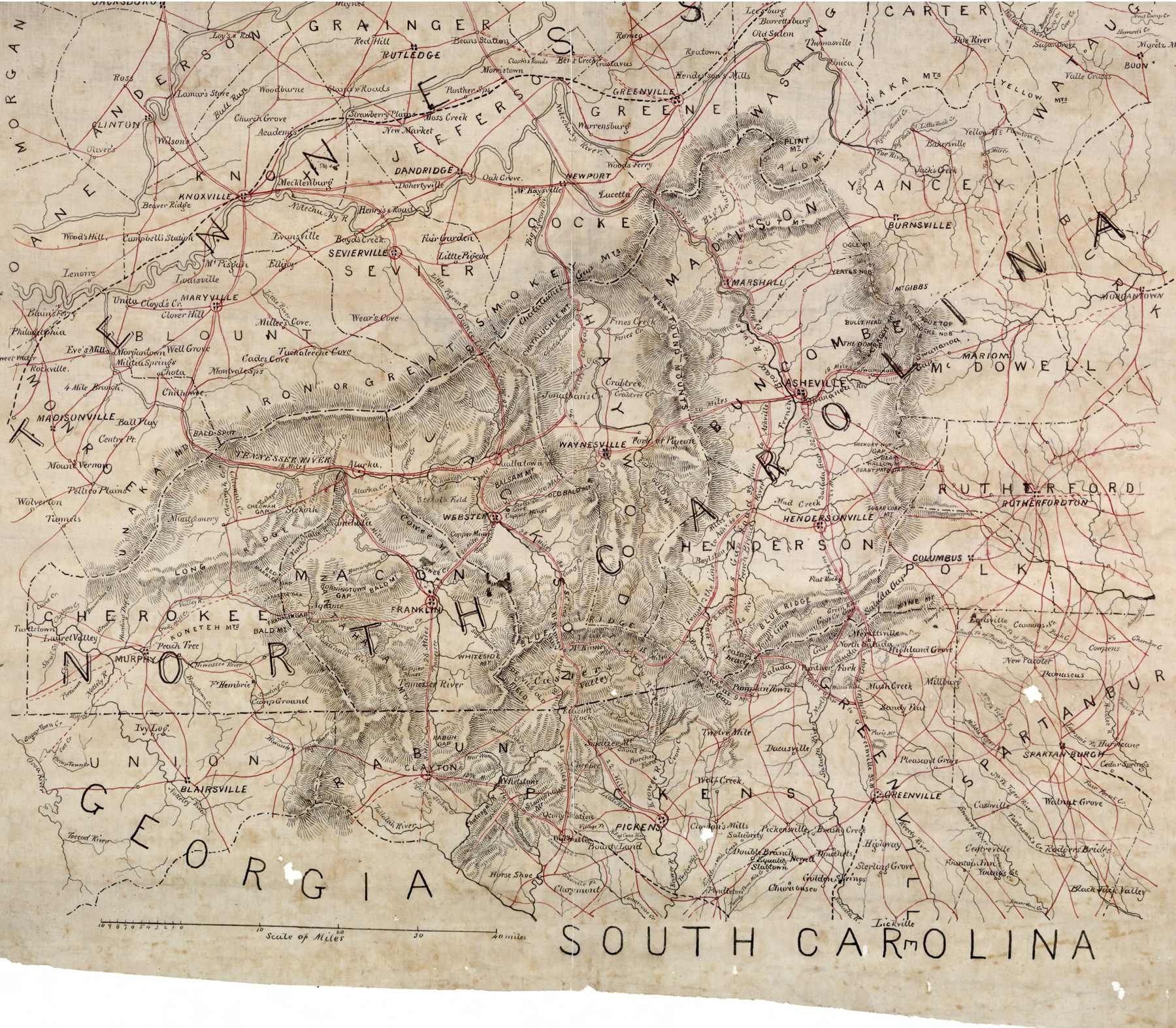 When it became clear that war was about to break out, William Holland Thomas, a man whose history was deeply entwined with the Cherokees, “mustered two hundred Cherokees into state service, calling them the ‘Junaluska Zouaves’ in honor of their recently deceased hero.” The Zouaves were formed to protect the home front from Unionists.

As the war progressed, Thomas became the colonel of the First Regiment, which is often called the 69th North Carolina Regiment or Thomas’ Legion. Made up of Cherokees and whites from eastern Tennessee and western North Carolina, Thomas’ regiment was unlike any other. A true legion, the formation included infantry, cavalry, and artillery and was made up of almost two thousand men. Although most Cherokees fought under Thomas, approximately thirty Cherokees served in the Union Army. 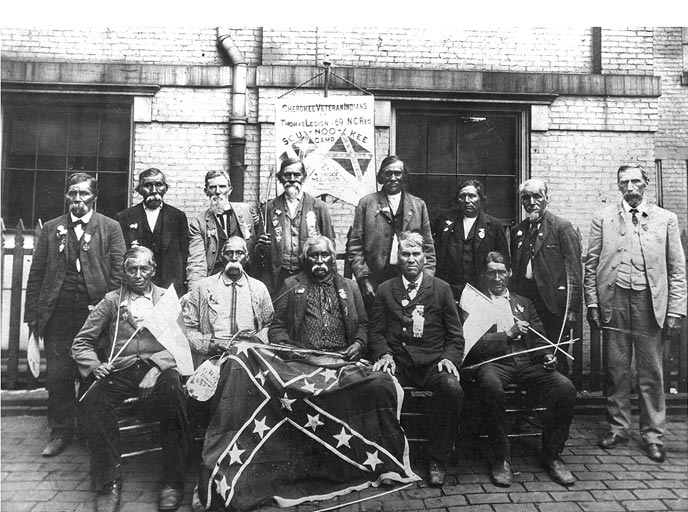 Thomas’ Legion fought in eastern Tennessee, western North Carolina, and Virginia. They crossed over the Smoky Mountains into Tennessee at least twice to show “confederate force in the pro-Union region of east Tennessee.” In his journal, James W. Terrell describes the men’s passage from their first camp at Dick’s Creek (near Webster, NC) to Knoxville. They travelled through areas of what today are Nantahala National Forest and Great Smoky Mountains National Park. 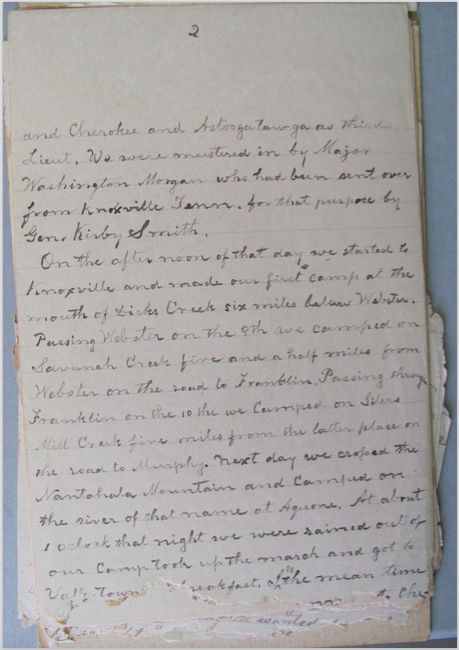 Toward the end of the war, the men returned to western North Carolina. Their final battle was in Haywood County. Thomas surrendered in Waynesville on May 7, 1865, nearly a month after Lee’s surrender in Virginia. Thomas’ Legion is known for being the last to surrender in North Carolina. Today, we can still study and explore some Cherokee Civil War routes because they are protected by the National Forest and Park Systems.