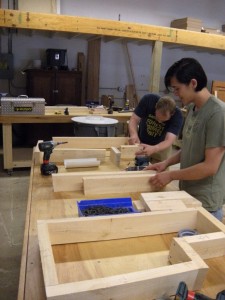 Hellbenders (Cryptobranchus alleganiensis) are the largest salamanders in North America, and the only representatives of the family Cryptobranchidae outside of Asia. These fully aquatic titans live in cool, clean mountain streams and rivers throughout Appalachia. The permeable skin and long life span of the species make these creatures particularly valuable as water quality indicators. If a stream inhabited by hellbenders becomes disturbed or polluted, a decrease in the size of the local hellbender population often follows. Accordingly, increases in the amount of silt entering streams due to recent human development in the watersheds of western North Carolina has led to drastic reductions in local hellbender populations. Researchers now believe that this sediment impacts hellbenders largely by filling in the underside of large rocks that hellbenders rely on for breeding habitat, leading to reproductive failure. To remedy this issue, scientists have developed artificial nest boxes that imitate natural rock habitat but keep silt out. 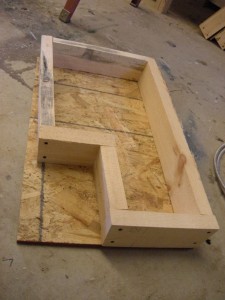 Wild South is currently working with Warren Wilson College to construct and place 54 hellbender nest boxes using a novel process. In order to create each shelter, we first make wooden molds in which to pour concrete. Each mold features a long tunnel leading to a cavity where the hellbenders will hopefully nest (figures 1 and 2). Once the molds are built, we pour concrete in three stages. First, we construct a base for the structures that serves as a type of floor (figure 3). On top of the floor, we place PVC piping to form the tunnel entrance, rebar around the walls to act as extra structural support and an internal rectangular mold to block out the cavity space (figure 4). Concrete is then poured in the space between the two molds, covering the PVC tunnel and forming walls around the rebar (figure 5). After the base piece of the nest boxes dries, the concrete is pulled from the molds (figure 6). The cavity is then filled with foam material and covered over with plastic. The final layer of concrete is poured on top of the filled cavity to form a lid that will protect the shelter from silt and predators (figure 7). Once this final layer of concrete sets, the foam and plastic are removed, and the nest box is ready to be placed in a stream (figure 8). 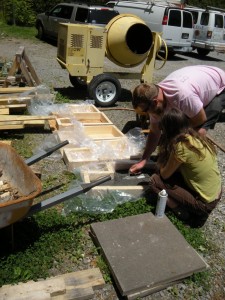 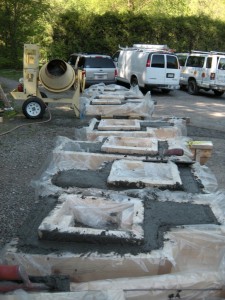 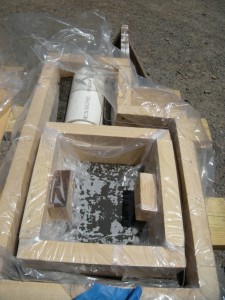 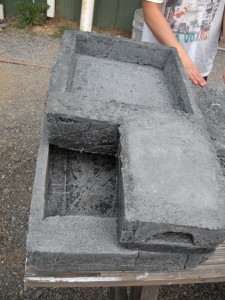 We will be placing the completed structures in six streams throughout western North Carolina. These streams will represent a continuum of hellbender population statuses from those with very large, reproducing populations to rivers with only a few known adults. Within each of the designated river sites, three of nine boxes will be placed in riffle areas, three in run areas and three in pool areas. This study design paired with non-invasive water quality and individual salamander surveying techniques will illuminate ecological variables preferred by mating 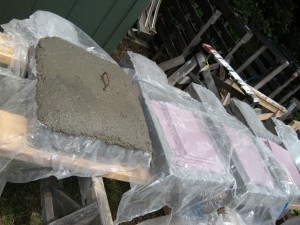 hellbenders. These variables will likely include low light, moderate flow, cool water and air temperatures, high dissolved oxygen levels and basic pH. The results of this study will identify whether nest boxes are a useful tool in conserving hellbenders in North Carolina and enable environmental managers to choose the most appropriate sites for future nest box placement. Additionally, the study may directly enhance hellbender conservation in our study streams. By leaving the proposed nest boxes in place for multiple years and monitoring the structures annually, we may further be able to assess long-term effects of nest boxes on hellbender population demographics.

If hellbenders inhabit and breed within the nest boxes we have created, then further conservation efforts incorporating artificial nest boxes should be pursued. Throughout this initial study period, it will be important that any community members who discover our study sites take caution not to disrupt the nest boxes or any of their inhabitants. Only with your support and cooperation can we efficiently work to rehabilitate and conserve populations of the mighty hellbender. 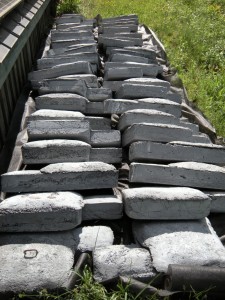