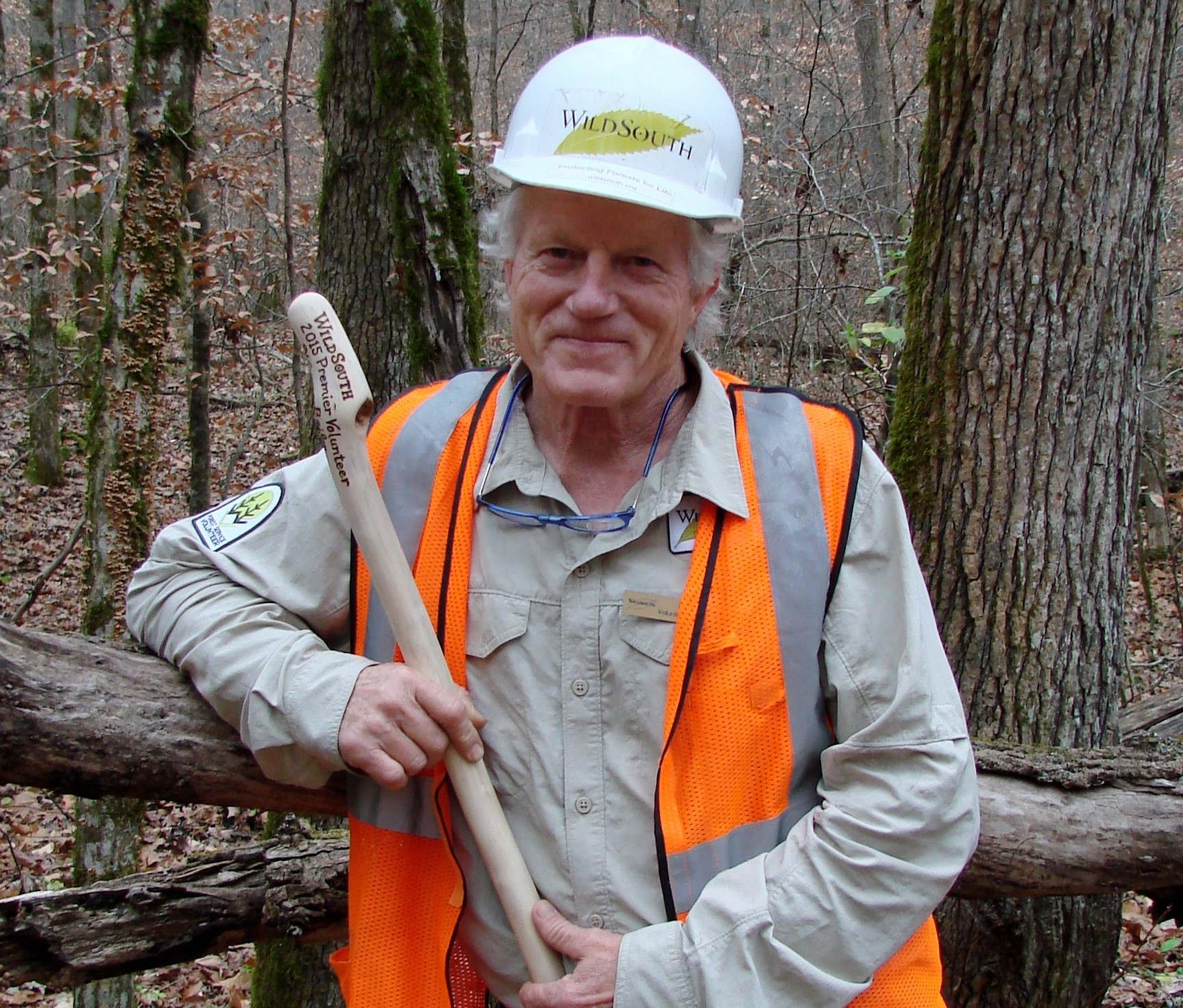 Occupation: Retired from 28 years as a teacher in Lauderdale County, Alabama, public schools.

Wayne Bailey is a Wild South Helping Hands volunteer, Volunteer Wilderness Ranger and volunteer guitar picker, harmonica player and singer at our events. If we had a piano, he would play that, too. At our volunteer appreciation picnic in the Bankhead National Forest (Alabama) last month, Wayne received the title of Premier Volunteer for 2015 and was presented with the traditional Premier Volunteer award, a hand-carved, branded, Alabama sourwood walking stick.

When asked how he became a volunteer and what he likes most about volunteering for Wild South, Wayne says “I first discovered the personal benefits of being a useful volunteer shortly after completing the Continental Divide Trail on a through hike in 2010. In a lecture at a music seminar, a rep from the Taylor Guitar Company made the point that if you leave your guitar in the case when you could be sharing your talents with others who could benefit, it’s a loss for yourself and others. I then began playing for free at nursing homes.”

Around this time, Wayne was introduced to Wild South by his friend Larry Gautney, Wild South’s 2010 Premier Volunteer, and became interested in the new Volunteer Wilderness Ranger Program. Wayne signed up for ranger training and was in the first group to complete the training in the fall of 2011. Then, he immediately moved to Pennsylvania. As a result of his volunteer wilderness ranger training, he quickly landed a job as an Appalachian Trail Ridgerunner. After several months, Wayne moved back to Alabama and hiked the Pinhoti Trail. “These experiences helped me become hopelessly hooked on making a difference in protecting and maintaining wild places.”

“What I like about the whole business of Wild South is that they make it possible for individuals who share a passion for wild places to make a difference,“ Wayne says.