This summer, Wild South has recruited seven college and graduate students to assist us in protecting the biodiversity of the Southeast. In their own words, here are the 2010 Summer Interns… 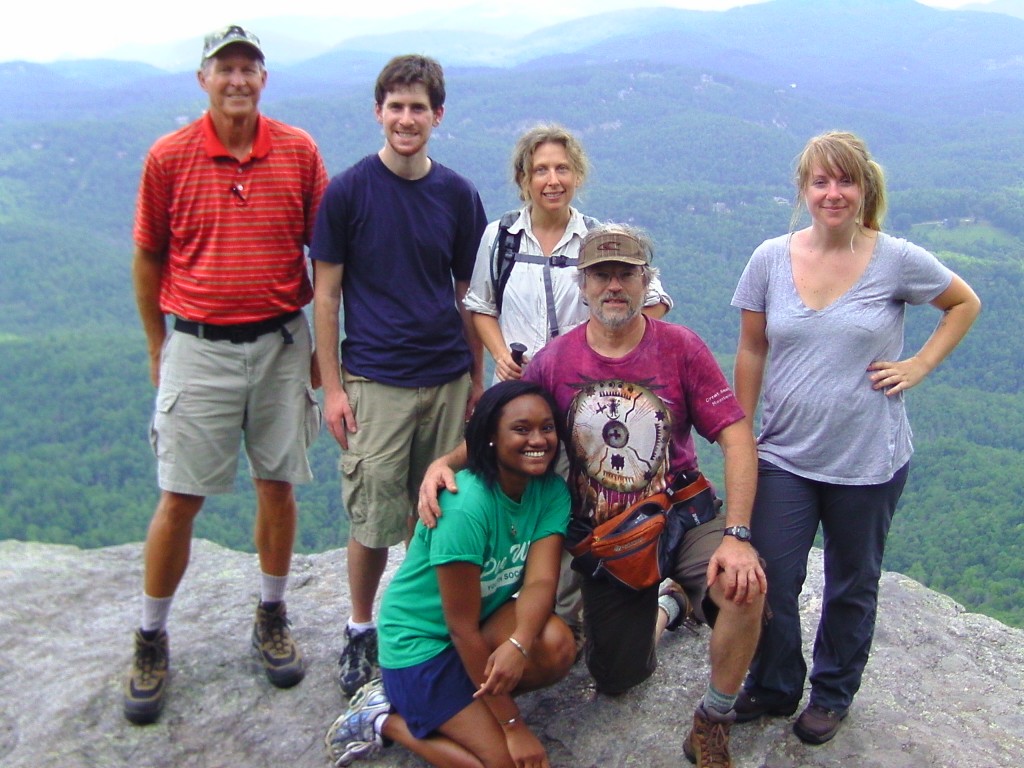 I’m a junior at Davidson College, where I’m pursuing a double major in Biology and Anthropology. Through my internship this summer with Wild South, I was able to participate in both Cultural Heritage work and Wildlife Protection.  In addition to Hellbender surveys and Cultural Heritage interview trips, I also helped with Green Salamander and bat surveys (to monitor the spread of White Nose Syndrome, a fungus currently decimating bat populations).

This summer, I choose to pursue my interest in amphibians by focusing on salamander conservation, especially the Hellbender salamander. In order to get a better perspective on Hellbender conservation plans, I interviewed Cherokee people about local ecological knowledge and stories about Hellbenders. It was really interesting to find out that aquatic salamanders, especially Hellbenders and waterdogs, hold a special place in Cherokee spiritual lore and cosmography. My summer project was a great way to practically apply the theories of ecological anthropology and actively participate in conservation biology efforts.  I hope that the results of my study will draw attention to the case of Hellbenders and the importance of local ecological knowledge in conservation biology. 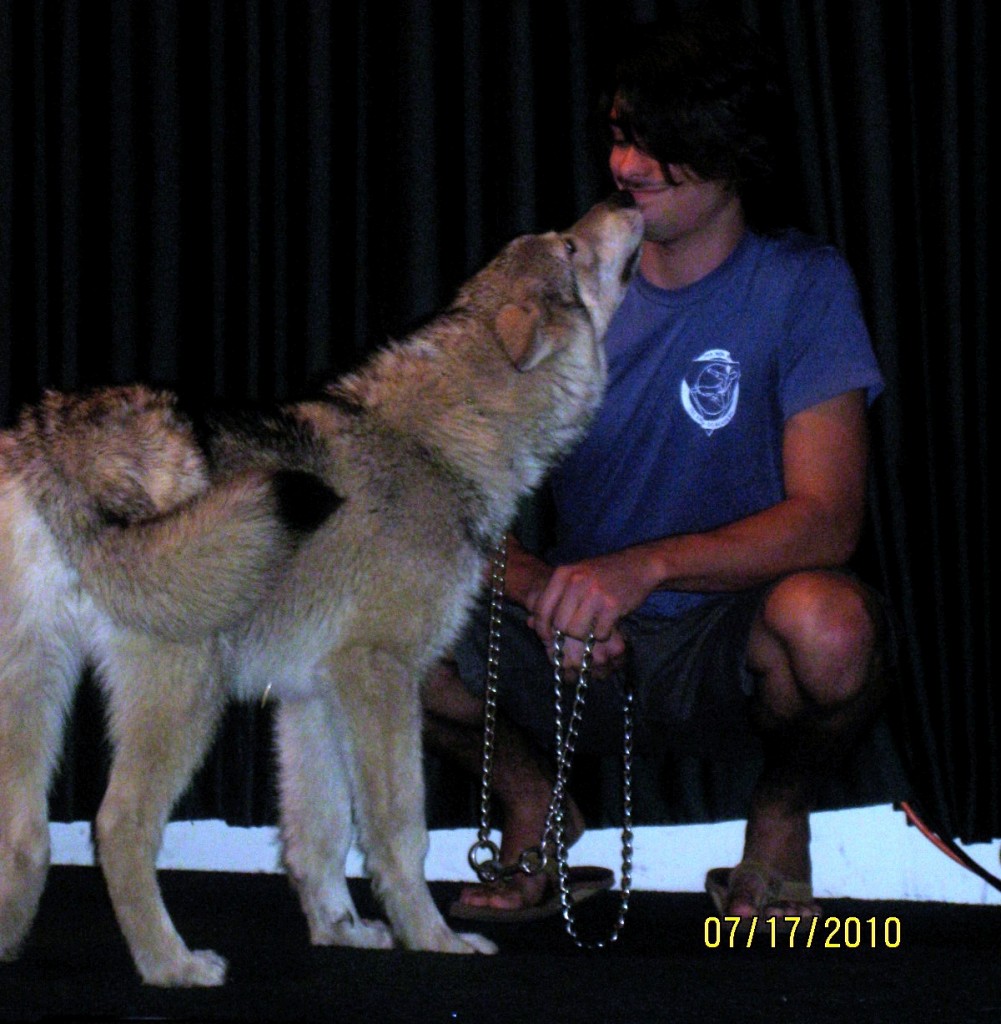 I am a graduate student acquiring a Masters in Environmental Management at Duke University’s Nicholas School of the Environment. My focus is in Ecosystem Science and Conservation, and as one of a handful of students fascinated by wildlife management, I was searching for a position this summer that would foster my professional interests. I was sitting at a table with Ben & Tracy interviewing for the wildlife conservation crew. I remember walking away from that interview feeling this was the organization that could provide me with the wildlife opportunities I was seeking.

While at Wild South I’ve gotten to meet and network with some amazing people in wildlife management, a really important part of the internship. I have also been introduced to a whole new set of field skills. I’ve learned how to mist net for bats, survey rock outcroppings and waterfalls for green salamanders, survey mountain streams and rivers for hellbender salamanders, and use electroshock survey methods for brook trout to name a few. I’ve also been conducting an independent assessment of habitat suitability for mountain lions in the Southern Appalachian region with particular interest of Western North Carolina as part of my Masters Project to be completed next year.

Easily the most exhilarating experience of them all was assisting wildlife biologist Rob Gudger as a handler for his 6-month old gray timber wolf during Wild South’s annual fundraiser Mountain Wildlife Days. This event alone ranks as one of my top experiences this summer. As I continue to complete my degree at Duke’s NSOE I look back on all of the skills I’ve acquired this summer and I know without a doubt that I’ve chosen the right internship to nurture my interests in the field of wildlife management. I am grateful to have been given such an opportunity made available by the Stanback Internship Program at Duke University in addition to both Ben and Tracy who have continued to provide their knowledge, guidance and support in the field of conservation and wildlife management. 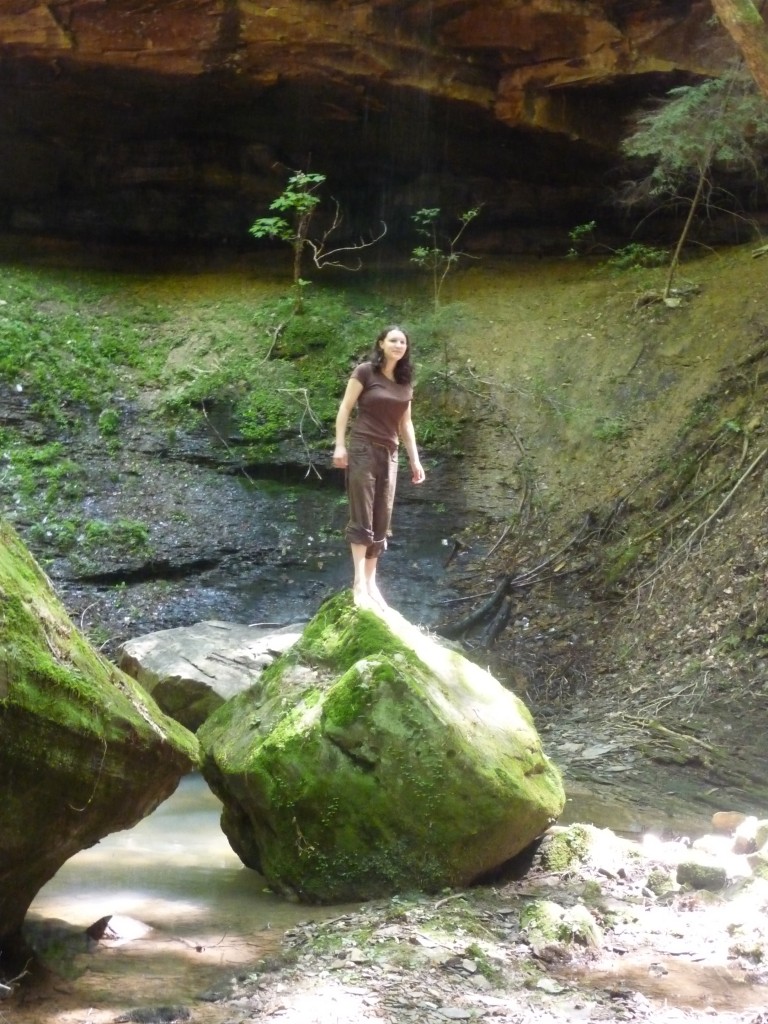 My hometown is on Massachusetts’ rocky shore, on an island with an abandoned colonial settlement in the heart of its forests.  Growing up, I spent more time exploring that ghost town than I did hanging out in the city’s downtown.  My biophilia, idealism, and desire to be stretched led me to Warren Wilson College, where I study environmental science and creative writing.  As I wander and wonder through life, I strive to untangle the sordid relationships of exploitation and oppression, and to discover how they can be dismantled.  I hope to study ecology in graduate school; I want to approach the natural world with the curiosity of a scientist but to engage it with the reverence of an artist.

Warren Wilson College’s environmental leadership center matched me up with Wild South’s canyon mapping internship. For ten weeks, I got to trudge along topo lines looking for canyons and to scour the wilderness looking for invasive species. Toward the end of my summer, I gained an appreciation both for the usefulness of a GPS and the necessity of organizations like Wild South that ever-watchfully serve as a vanguard to defend this planet’s fragile Beauty from greed and folly. 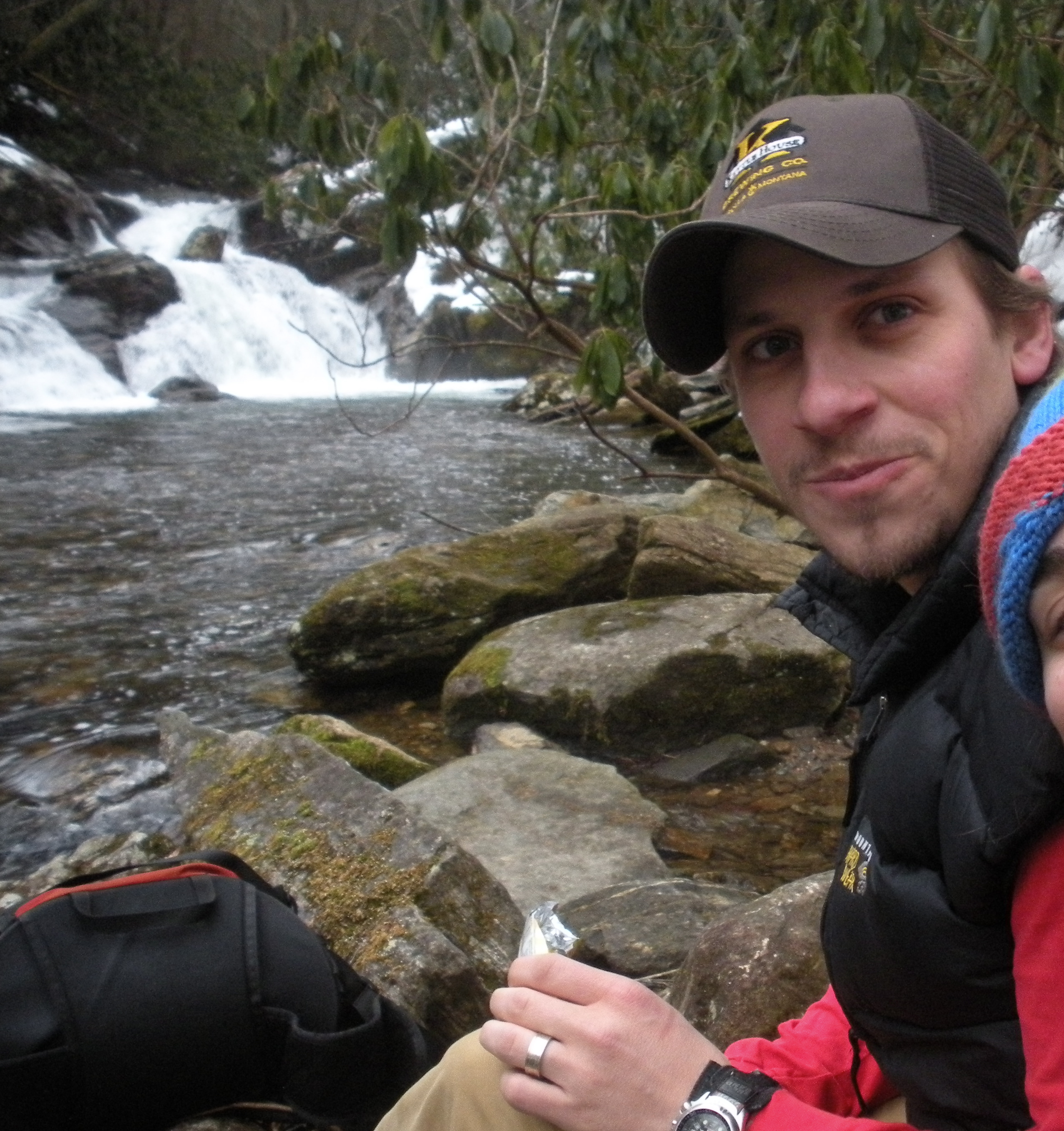 As someone from Boston, Massachusetts who has studied in North Carolina for the past two years, I wanted to spend this summer learning more about the nature and culture of the South, and there was no better place to do that than Wild South.Working in the Asheville office as the sole member of the Climate Change Crew, I was able to experience the area’s scenery, wildlife, and people, all while broadening my knowledge of energy, ecology, and climate change.

I am now going into my junior year at Duke University, where I am double majoring in Biology as well as Environmental Sciences and Policy.Thanks to the Stanback Internship Program, I have had the amazing opportunity to work on Wild South’s climate change initiatives, including the new Climate Change section on the website (please check it out if you are interested!). I have not yet decided on a career path, but I know that I want to do something that involves both information and action, using the thorough study of ecosystems to effectively protect them. After spending time at Wild South, I have begun to consider non-profit work as a top possibility. 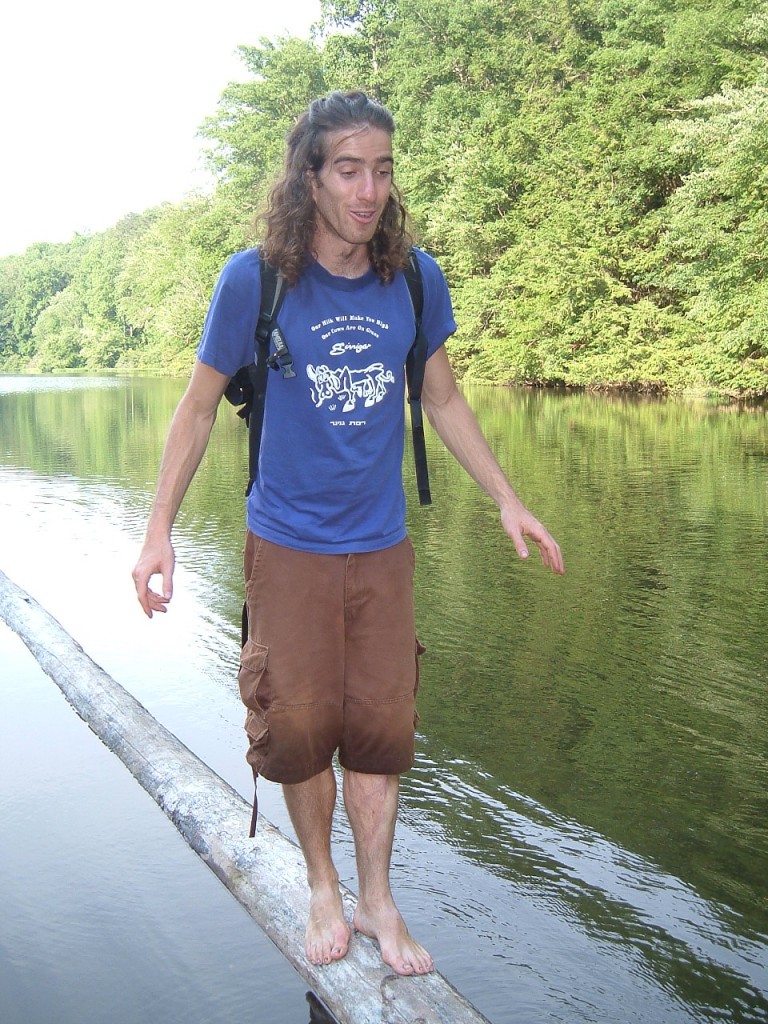 I am a rising sophomore at Warren Wilson College. I’ve been taking an interest in forestry as I’ve been surrounded by it most of my life and never had a chance to delve deeper into conserving them. This summer I interned at Wild South doing Forest Watch, which involved monitoring, studying, and giving feedback to the Forest Service on proposed actions they planned. This position would include doing research on the various ecosystems found in the region, writing out comments and alternatives for the Forest Service to work with, and occasionally going into the field to ‘ground-truth’ sites that were planned timber sales for endangered species of wildlife and flora.

Working at Wild South gave me a deeper appreciation for both the forest and the measures we must take in order to preserve what’s left in our region. Forest Watch was a great avenue to learn of the ample resources and biodiversity we have at stake in the Appalachian Mountains. 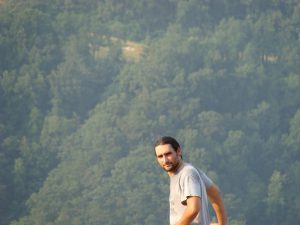 Most people would not expect an upbringing in the North Jersey town of Paramus to set the stage for Jason’s passion for the outdoors and wildlife conservation. However, living in New Jersey taught him the importance of preserving open space and wildlife and fostered a strong desire to work in this field.

After high school, Jason attended the University of Vermont where he pursued two majors in Environmental Studies and Philosophy. With a solid conservation background beginning to develop, Jason moved to Durham, NC to study at Duke University’s Nicholas School of the Environment. There, he is in pursuit of a Masters of Environmental Management degree for Ecosystem Science and Conservation focusing on multivariate and geospatial analysis tools with applications in wildlife and landscape conservation.

Jason spent the past two summers working at Wild South with their wildlife conservation internship team, funded by the Stanback Internship Program.  He worked with the team and the North Carolina Wildlife Resources Commission on a number of wildlife field surveys for animals such as the cerulean warbler, green salamander, hellbender, and the Carolina flying squirrel.  This summer, Jason also participated in a number of field surveys monitoring bats for white-nose syndrome in the Southern Appalachians.  Jason worked on creating environmental variable layers for the state of NC using Arc GIS software for input into species distribution models using the field survey data.