Pisgah is set to release their popular barley wine, Hellbender, which will generate $1 per bottle to Wild South and the hellbender research efforts

BLACK MOUNTAIN, NC – Pisgah Brewing Company is set to release their 2016 version of Hellbender, a barley wine ale brewed with organic grains and malts and whole cone hops, on Thursday, March 10th.  As in years past, Pisgah will donate $1 per bottle to local non-profit and forest conservation leaders Wild South.  The beer derives its name from the Eastern Hellbender salamander, a WNC treasure that is in danger of vulnerability due to pollution in our streams and watersheds.  The release will kick off at 4pm with 22oz bottles available as well as draft pours, while music from The Screaming J’s and talks from Wild South representatives will begin around 6pm. 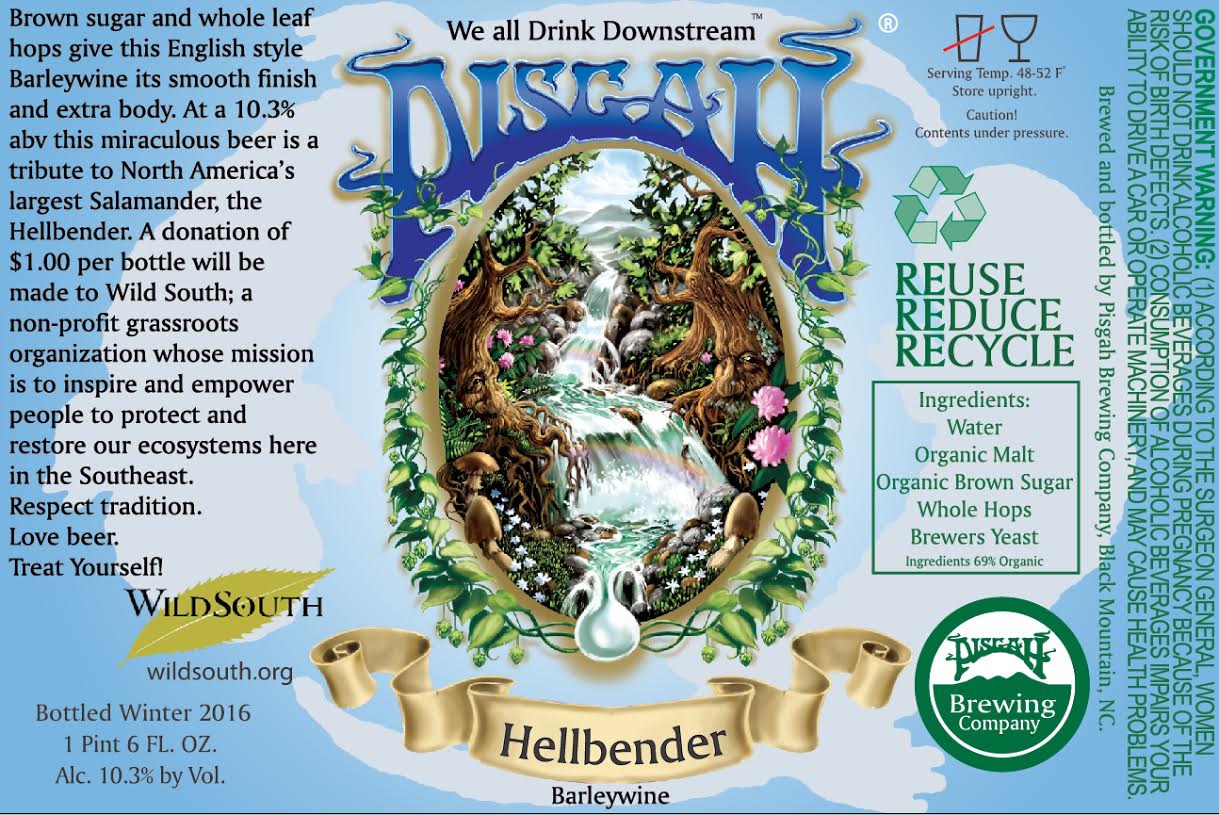 Hellbender barley wine was first brewed in 2008, when the brewery teamed up with Wild South in support of conservation efforts to protect a section of Pisgah National Forest in the Haw Creek Valley from being logged. Pisgah and Wild South continue to help fund research and foster awareness about the watersheds and streams that house the Eastern Hellbender. This smooth yet bold brew is caramel in color, using organic brown sugar and a modest blend of whole hops to provide the bold body and smooth aroma. Pisgah plans to release a limited amount of cases of the hefty 10.3% ABV barley wine at the taproom in Black Mountain, NC as well as participating bottle shops in Western North Carolina.

“We are thrilled to be working with Pisgah Brewing Company to protect our western North Carolina watersheds and wildlife,” says Dr. J.J. Apodaca, Warren Wilson College professor and Wild South Chief Conservation Scientist. “We need healthy forests and clean streams to make good beer, so this is a natural partnership for improving​ our regional ecosystem.” 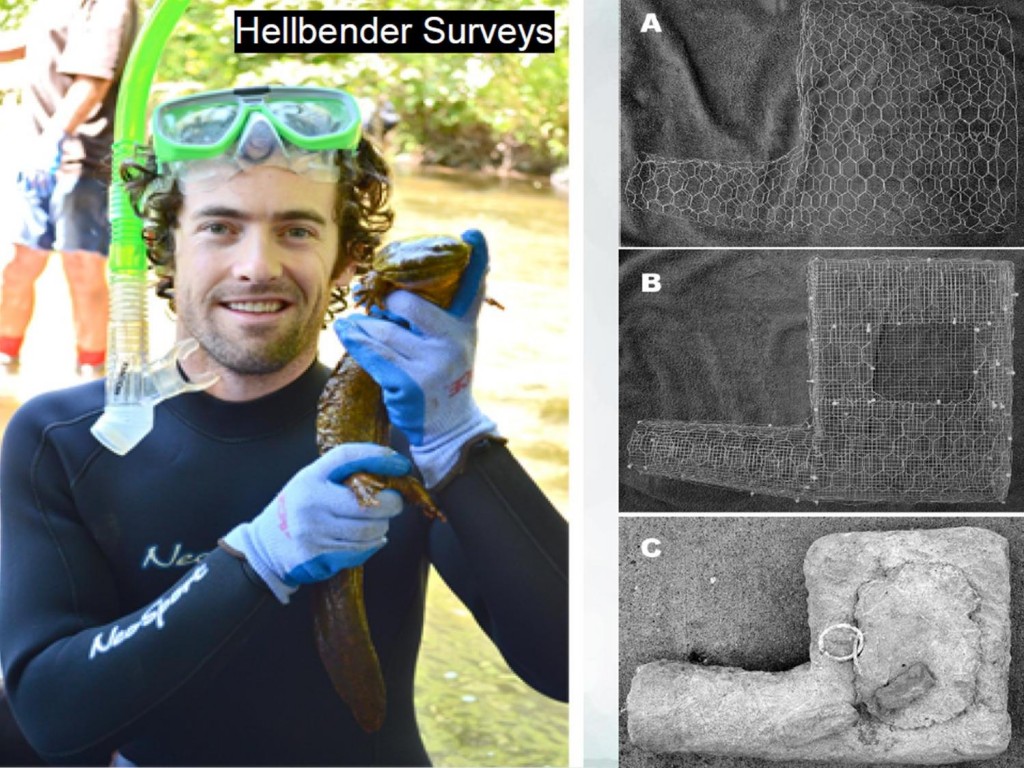 For the past three years, Wild South has been working with Warren Wilson College to help the Eastern Hellbender population grow and thrive in North Carolina and beyond. We are employing a variety of conservation actions, from artificial habitat to innovative monitoring techniques and genetic analysis.

The hellbender requires clear, cool mountain streams to thrive, as they are particularly vulnerable to water pollution due to their permeable skin. Siltation from anthropogenic activities can also be particularly detrimental for hellbenders due to their unique reproductive habits. During breeding season, males become “den masters” guarding eggs in cavities under large flat rocks. Siltation can quickly fill these dens, suffocate eggs, and ultimately lead to a decrease in the local hellbender population. 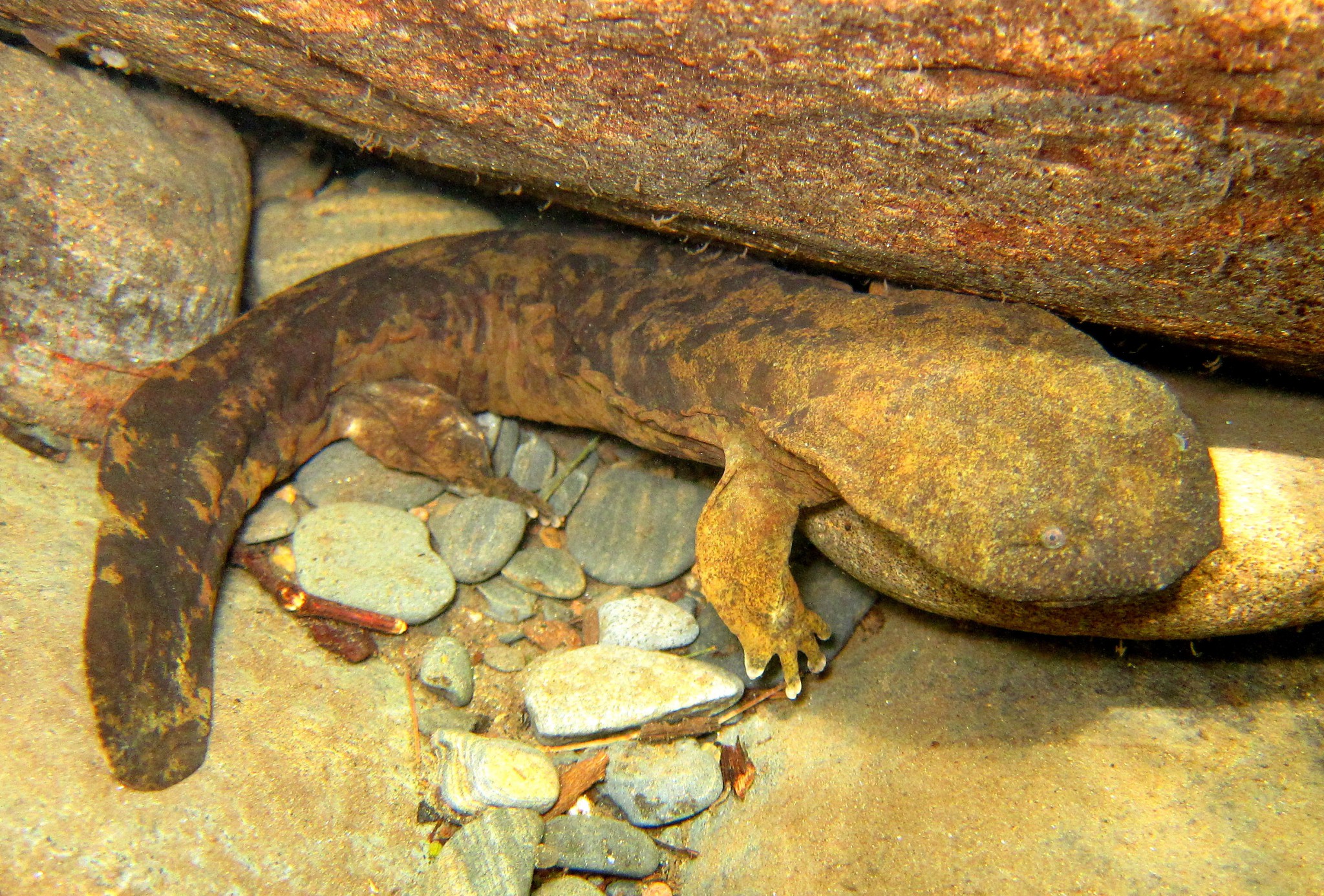 Pisgah Brewing Company is located at 150 Eastside Drive in Black Mountain, NC. For more information on this and other events, releases and general info, visit www.pisgahbrewing.com.  You can also keep up with all things Pisgah via social media: facebook.com/PisgahBrewingCo or on twitter at @PisgahBrewing.