There are countless strange creatures in the animal kingdom, and the star-nosed mole is certainly one of those when it comes to appearances. With 22 fleshy, pink tentacles radiating out from it in a star-like pattern, the nose of this mole is one of the most uniquely specialized among animals. Some would argue that this special nose gives the mole the best sense of touch of any mammal. 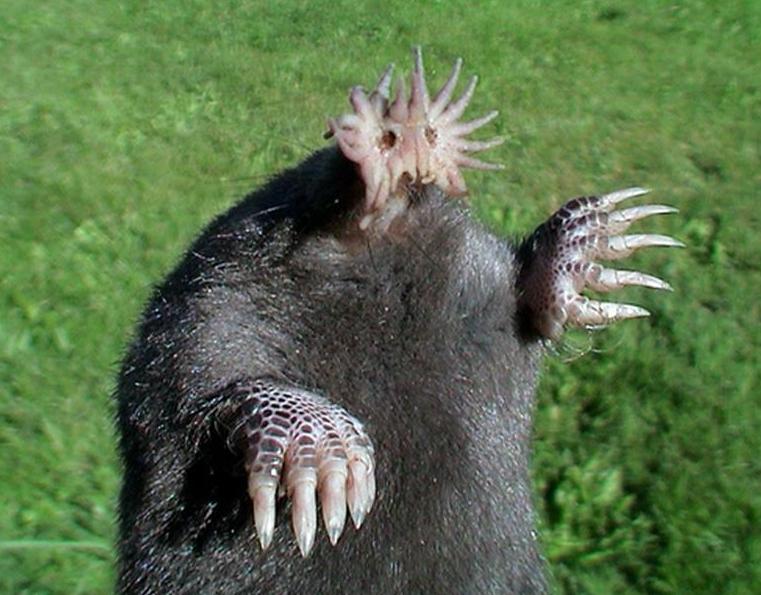 While not nearly as thrilling as its incredible nose, other notable physical attributes of the mole include brown-black, water-repellant fur; broad, scaly feet with large claws for digging; a stout cylindrical body; and long, thick tail used to store fat—it can swell to three or four times its normal size during the winter!

Star-nosed moles live most of their lives underground, and as a result are essentially blind, but are also found in a variety of habitats with moist soil including woods, bogs, marshes, and fields. Using its highly sensitive nose, the carnivorous mole identifies its food sources, which usually consists of earthworms and aquatic insects. However, it may also eat snails, crayfish, small amphibians, and fish. The tentacles on the mole’s nose can touch as many as 12 objects per second, which is extremely helpful in catching smaller prey. Their predators include the red-tailed hawk, great horned owl, various skunks, large fish, as well as domestic cats. 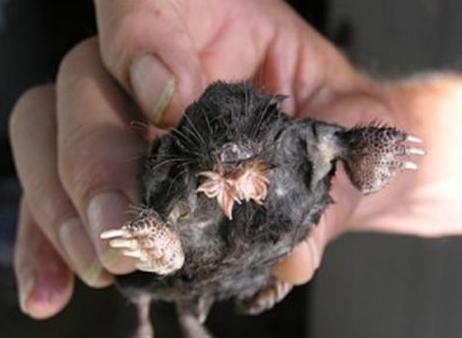 Mating among star-nosed moles begins in mid-March to April, with the young being born in late April to mid-June. Litters range in size anywhere from 2 to 7 individuals. Newborns grow at a rapid rate, and eyes, ears, and the tentacles of the star-nose become function at just 2 weeks. The star-nosed mole is Native to eastern North America, going south to at least Virginia, and as far west as North Dakota. They are also found throughout the Appalachian Mountains.

While human-star-nosed-mole interactions are fairly rare, moles are frequently the target of creature control programs. Moles may build their underground tunnels into lawns and backyards, but on the other hand, they are also a useful species to have around, as they prey on the larvae of pest insects.