Big Ivy is a 13,968-acre area in Pisgah National Forest, North Carolina with over 3,600 acres of old-growth forest and is home to over 40 rare and endangered species. It is an extremely important area of biological diversity on public lands and is being threatened by potential logging. This is why we spent this summer trekking deep into the forest to set wildlife cameras and collect data on the rare plant communities that we encountered. 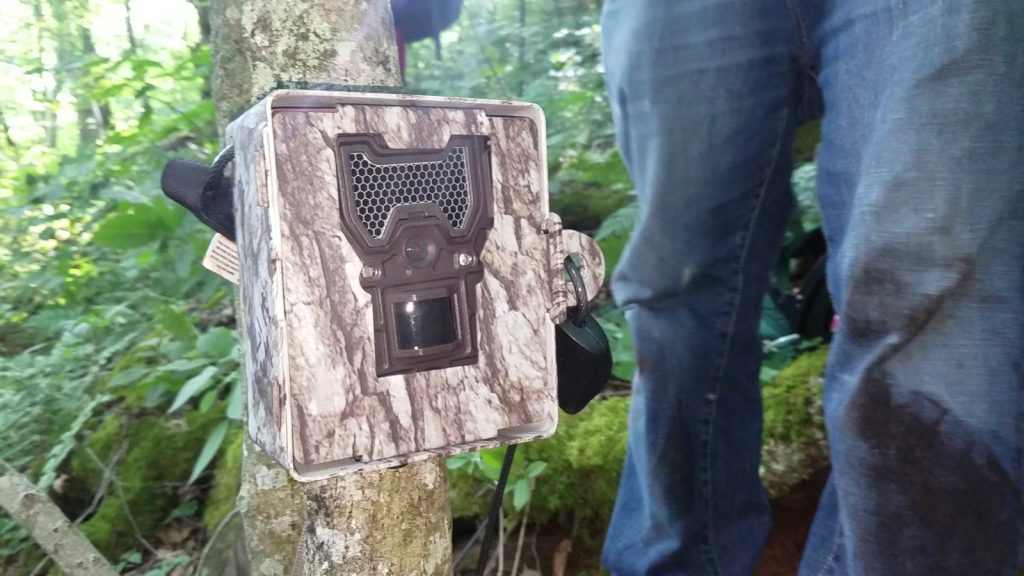 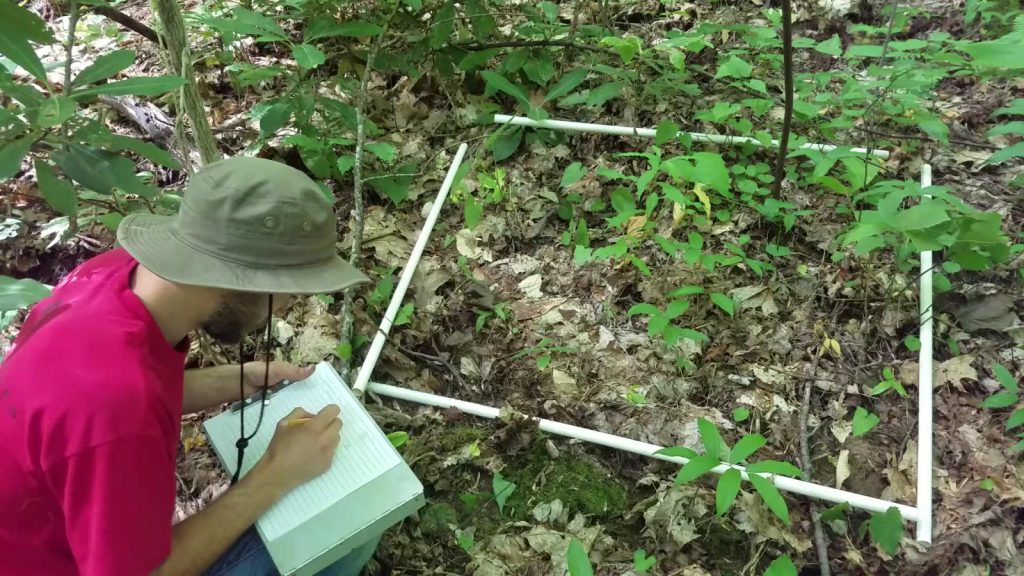 In doing this work, our team got to see places that have been spared from the pressure of human influence. We were given the opportunity to walk in areas where no logging has taken place in hundreds of years, where the biggest disturbance to the ecosystem is weather and not humans, and where no trail has been made, save those made by animals such as bear, deer, and any other wildlife that may traverse those lands. We were given the opportunity to truly experience the rugged and untrammeled nature of the wild. The eighteen cameras have been at these remote locations for over a month and have recently been retrieved. Now, all that is left is to reveal what they captured while they were spying on the forest.

Eastern Hellbenders are an iconic species in the Appalachian Mountains and their populations have been declining rapidly. It is estimated that these ancient beasts have disappeared from about 80% of their former range and, unfortunately, human activity has been a significant contributor to that decline. Hellbenders are extremely sensitive to changes in water quality so when riparian zones are developed and deforested, hellbenders are deeply affected. The issue that is front and center in the decline of hellbenders is siltation, which is a process where excess runoff from deforested riparian zones increase the amount of sand and silt in the water. When this happens the cavities that hellbenders excavate under large rocks for breeding can be filled in and covered up by the excess sediment. To combat this problem, we are taking a lesson from success in avian conservation and we are supplying the Hellbenders with nest boxes that are designed to keep excess sand a silt out.

This summer, all of our interns were involved at some point in the long process of building the concrete structures. The process involved first building the wooden molds that the concrete would be poured in and around (thanks to a volunteer prior to the summer, Oscar Thompson, Warren Wilson College), then building metal mesh frames that would be embedded in the concrete for added strength, followed by the actual mixing and pouring of the concrete into the molds and the eventual removal from the molds. The video below shows many of those steps. 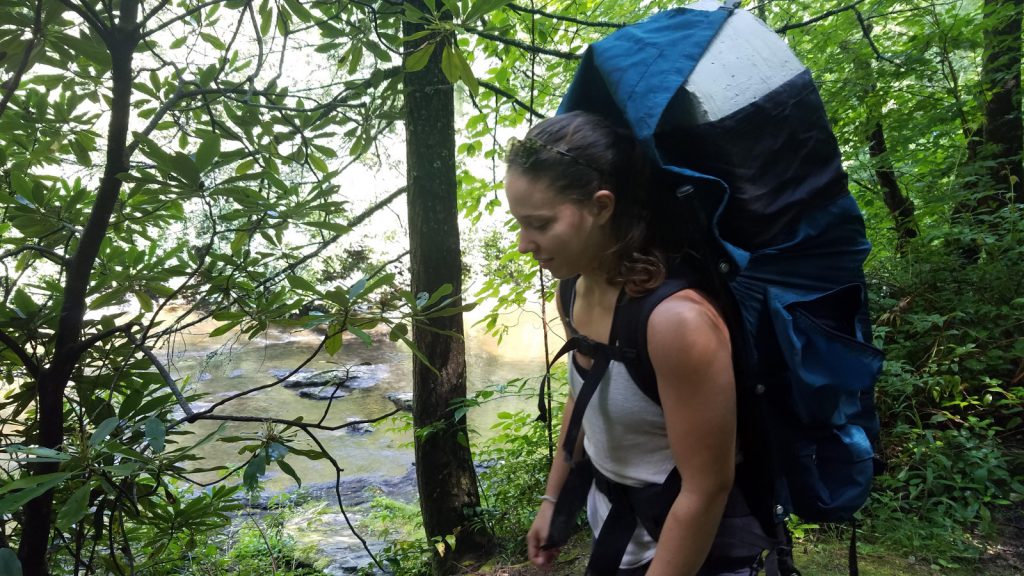 Once the nest boxes were completed, we strapped the one-hundred pound behemoths to our backs in old, broken external frame backpacks and headed down the trail to put them in the river. Now it is just a waiting game, but while we wait we are going to get detailed habitat data of the river so that if some nest boxes are used and others aren’t we might be able to decipher why. This work would have been impossible without the dedication of our interns who stuck around even through the days when it felt like we had all taken jobs on the road crew. The full list of participants in this project was Morgan Harris (Wild South), Hannah Shapiro (Duke University), Landon Dillingham (Warren Wilson College), Jade Rogers-Billand (Warren Wilson College), Sam Stanley (UNC Asheville), Robert Chambliss (UNC Asheville), and Nick Lynn (Boca Raton Community High School). 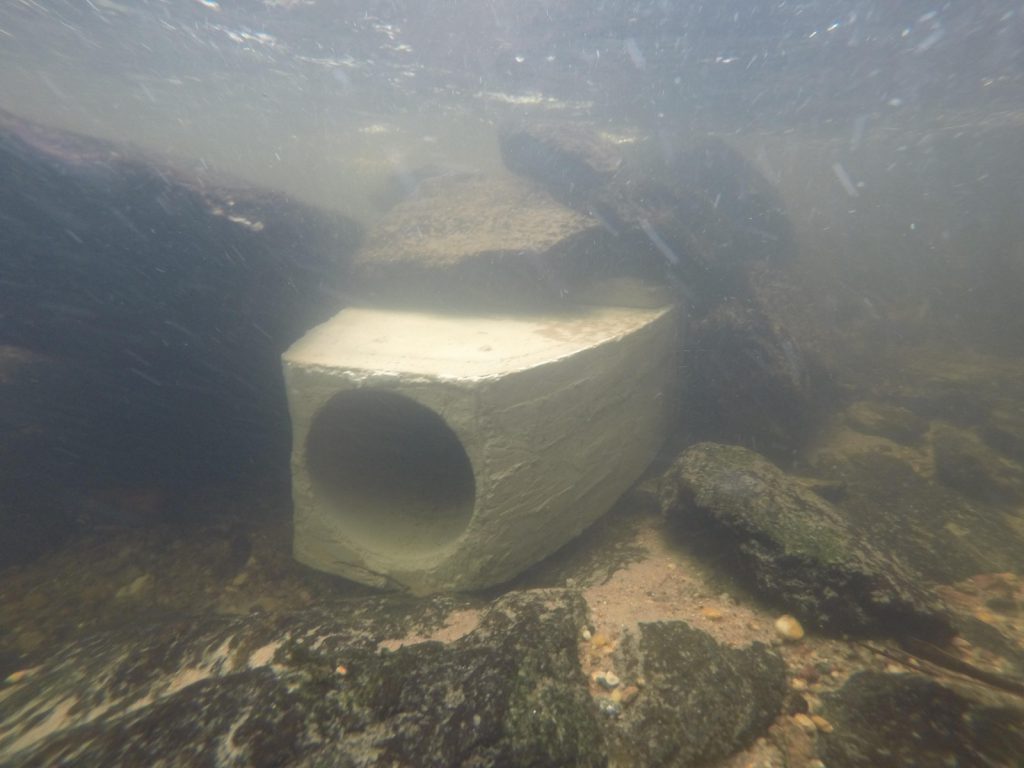 Wild South has a long standing relationship with the Linville Gorge through stewardship and our internship program this summer extended that relationship to include conservation research and monitoring. Through a partnership with the US Forest Service and with the help of our interns Halley McVeigh and Sam Stanley (UNC Asheville), we surveyed nearly every trail in the Linville Gorge to provide as assessment of the severity of the Hemlock Woolly Adelgid infestation within the Gorge. This work is ongoing and by the end, we will have an assessment complete of every trail corridor within the gorge. The Hemlock Woolly Adelgid is wreaking havoc on Carolina and Eastern Hemlock trees and this work is providing the US Forest Service with the data they need to be most effective in eradicating the pest. 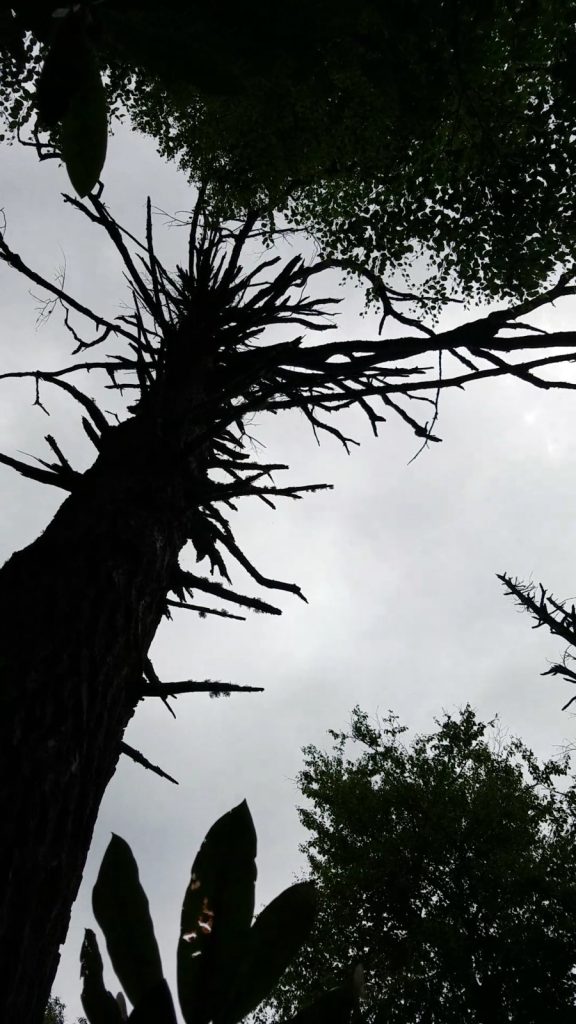