When we know better, we do better.

Four wood nymphs and a troll, as our group was described by Robert Howell, Wild South volunteer, board member and self-declared troll, descended into a canyon of the Sipsey Wilderness on a solidly overcast, magnolia-scented morning in May.  The four wood nymphs were Wild South volunteers Betty Gill and Terri Slizewski, my co-worker Kim Waites, and me, Janice Barrett.  We had received a tip (actually a pretty loud shout on Facebook) the evening before that there was a ridiculously large amount of trash and camping gear abandoned at a campsite in the Sipsey Wilderness near the end of Trail 202.  Volunteers were quickly recruited – who can resist hiking in two and a half miles to pack up and pack out a load of someone else’s trash and abandoned gear? – a testament to the impressive dedication of our volunteers to protect our wildest places. 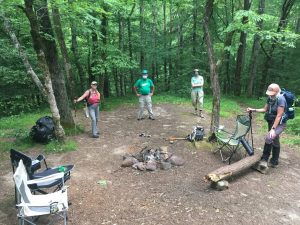 Four wood nymphs and a troll arrive at the scene of a Sipsey Wilderness campsite littered with trash and abandoned camping gear.

We arrived at a scene where three full-size folding camp chairs sat facing a recently used but cold campfire ring, and giant black plastic bags of stinking garbage had been left by a tree as if waiting for curbside pick-up.  Oddly, animals had chewed through the bottoms of the trash bags but had ignored the tossed-aside half-eaten hotdog bun.  Also tossed aside into the shrubs was an air mattress pump.  There were two brand new coolers, a twin-size foam mattress pad and a fishing rod.  A patch of used wads of toilet paper were strewn on the downslope behind an old mossy beech tree only a few steps from the campsite.  It was clear that the ones who carried all this stuff into the wilderness and left it, along with their putrid garden of used toilet paper, were inexperienced backpackers.

All over America, since the threat of the pandemic slammed our lives in March of this year, public lands have seen record-breaking use and, subsequently, horrendous damaging impacts, including the Bankhead National Forest and Sipsey Wilderness.  The story told here is just one example.  As Stay at Home orders were instituted, people who suddenly and unexpectedly found themselves out of work and out of school headed for the hills – and the canyons, creeks and forests.  Many are first-time visitors to our wilderness areas and National Forests, many are inexperienced and have not yet learned that they can do things, such as practicing Leave No Trace principles, to lessen their impact on the land and on the wilderness experience of others.  We are reminded that there was time that even the most dedicated Leave No Trace-er was clueless about how to, well, not leave a trace. 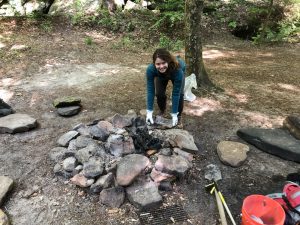 Volunteer Wilderness Ranger Candi Hester works to minimize fire ring. When a fire ring is expanded and the ash bed deepens, there is higher risk of wildfire as more rocks and deeper ash hold heat longer.

As we sat down spaced out pandemic-style around that cleaned-up campsite to eat lunch before heading back out to the trailhead in the rain, it was true confession time as we swapped stories of some of the things we did before becoming aware that there was a better way to treat our wild places.  My personal story of shame involved washing dishes directly in a stream – with soap – on an Appalachian Trail hike in 1981, getting called out for it by another through-hiker and having no idea that I was doing anything wrong.

When we know better, we do better.

The dream of escape from the confinement and contagion of the pandemic has driven hordes of folks from heavily populated cities and towns into the embrace of nature, for solace, recreation, a place to fearlessly take a good deep breath.  It is each of our responsibility to keep others safe from contagion, even while in our wildest places, and also to protect those places.  When hiking on a trail, keeping a distance of at least six feet (except from those with whom you live), wearing a mask, stepping off the trail at least 6 feet when there is need to pass, protects ourselves, others and the condition of the trail.  There has been a huge increase in the creation of trail braiding (side trails) due to hikers going off the trail and continuing to walk in the same direction until other hikers have passed instead of simply stepping off the trail 6 feet, standing patiently  in one spot until others have passed, then stepping back onto the trail.  Stepping carefully off and back on eliminates trail braiding and unnecessary damage.   Simple things like this and not leaving a scrap of trash out there go a long way toward maintaining the things we love about our forests and wild places and protecting wilderness character. 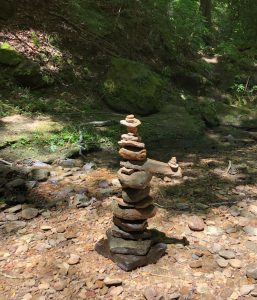 Rock structures are becoming more common in the Sipsey Wilderness. In addition to disturbing habitat (aquatic and terrestrial creatures live under those rocks) they are a sign of human activity that diminishes the wild character of the wilderness.

The flood of increased human presence alarms us but also gives up hope.  People are, consciously or unconsciously, reaching deep into their instincts and seeking out the wild places in a time of need.  This is an opportunity for education and enlightenment, learning to love and to care for the treasures that are our shared public lands.  When we know better and do better, our wild places are better for it.

We recommend lnt.org for guidance on being outdoors in the time of the coronavirus pandemic. 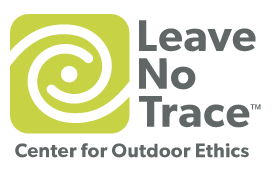