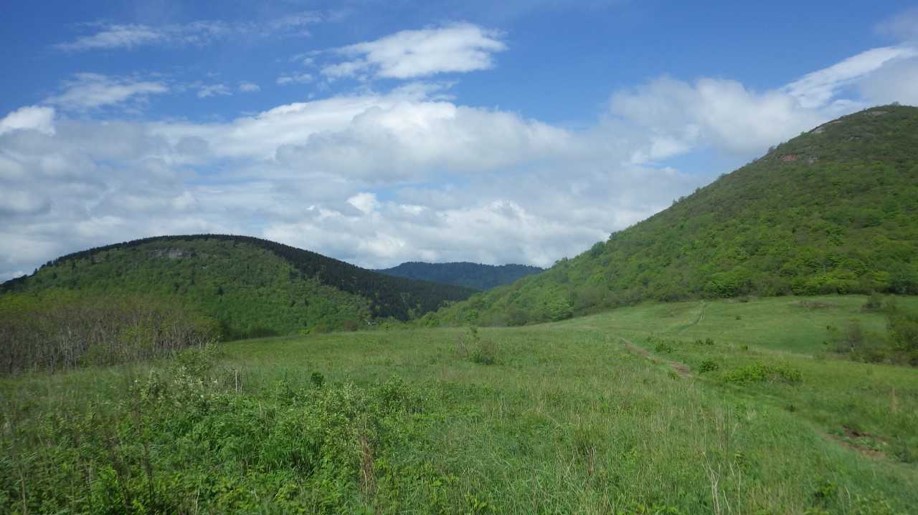 On Saturday, June 2, 2018 five people and one helpful canine set out to continue Wild South’s search for the Rusty Patched Bumble Bee in the Shining Rock Wilderness area of the Pisgah National Forest. Hundreds of visitors visit the peaks of Sam Knob and Black Balsam here on the weekends, but very few that come here likely notice the multiple species of Bumble Bees that are vital to maintaining this ecosystem. 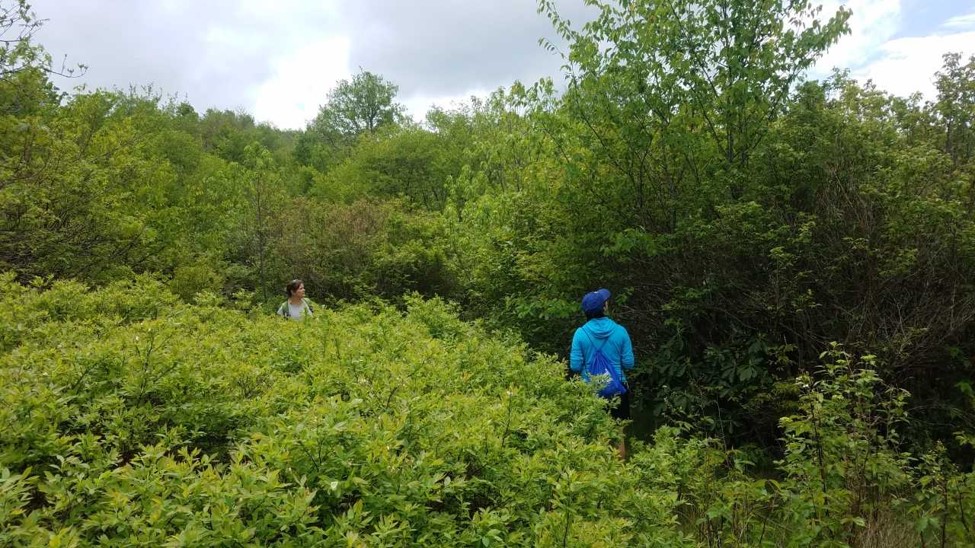 When our team made our way to the open grassland that covers Sam’s Gap, we thought we had hit Bumble Bee mecca, but the familiar buzz was few and far between here. Perplexed, we moved around slowly, listening for the low-pitched drone that indicates the presence of the magnificent little pollinators. They were there, but always flying and never landing – a telltale sign that these bumbles were foraging in “greener” pastures, so we moved on down the winding trail. Our team decided to go to the base of Sam’s Knob and head South toward Flat Laurel Creek and that is when our perseverance was rewarded. These Bumble Bees in this area were abundant and their behavior in the field farther North became immediately apparent. Why would a pollinator, especially one specialized to gather the pollen from blueberries, waste their time in a field with present, albeit scarce, flowers when there is a veritable orchard of blueberries just a few hundred meters South? We didn’t have to spend much time amongst the blueberry bounty before our patience was rewarded as each of our volunteers were able to 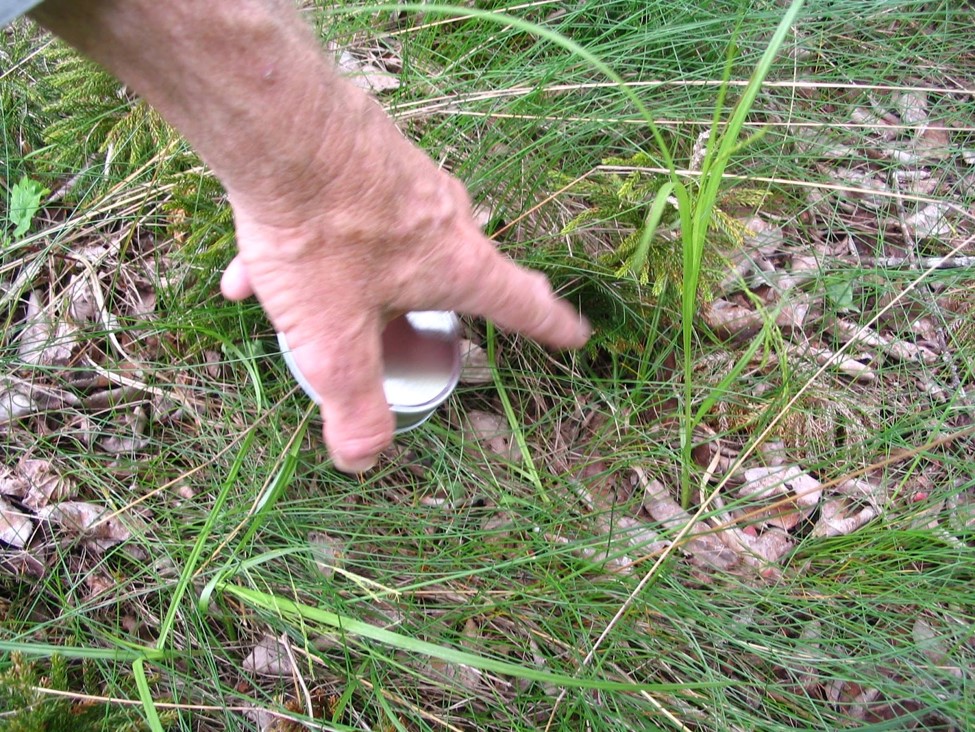 capture, photograph, and release at least one Bumble Bee. One of these citizen scientists was even lucky enough to observe the behavior of one Bumble Bee as it exited its underground nest. Our curiosity egged us on to uncover the nest and take a look inside, but our better judgement won out and we left the nest to be undisturbed by anything other than our gaze. 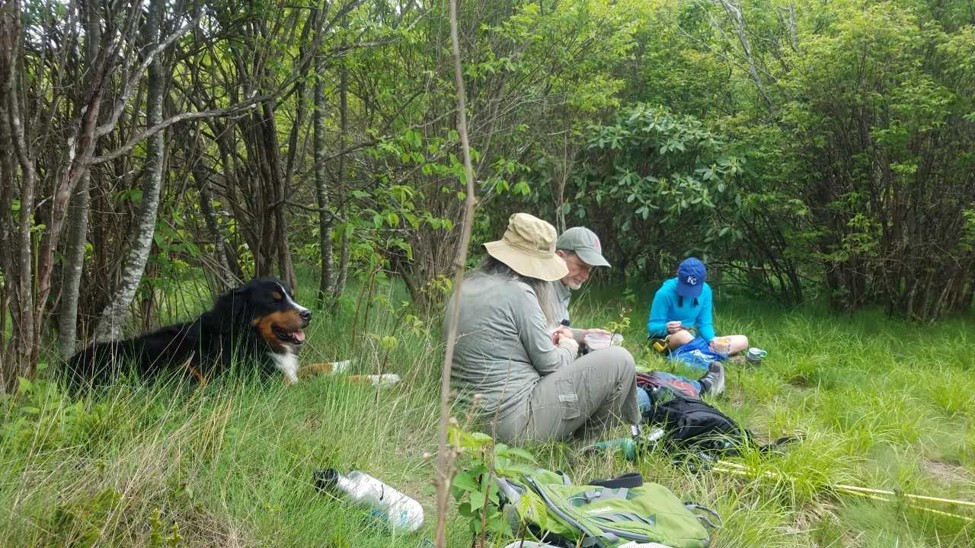 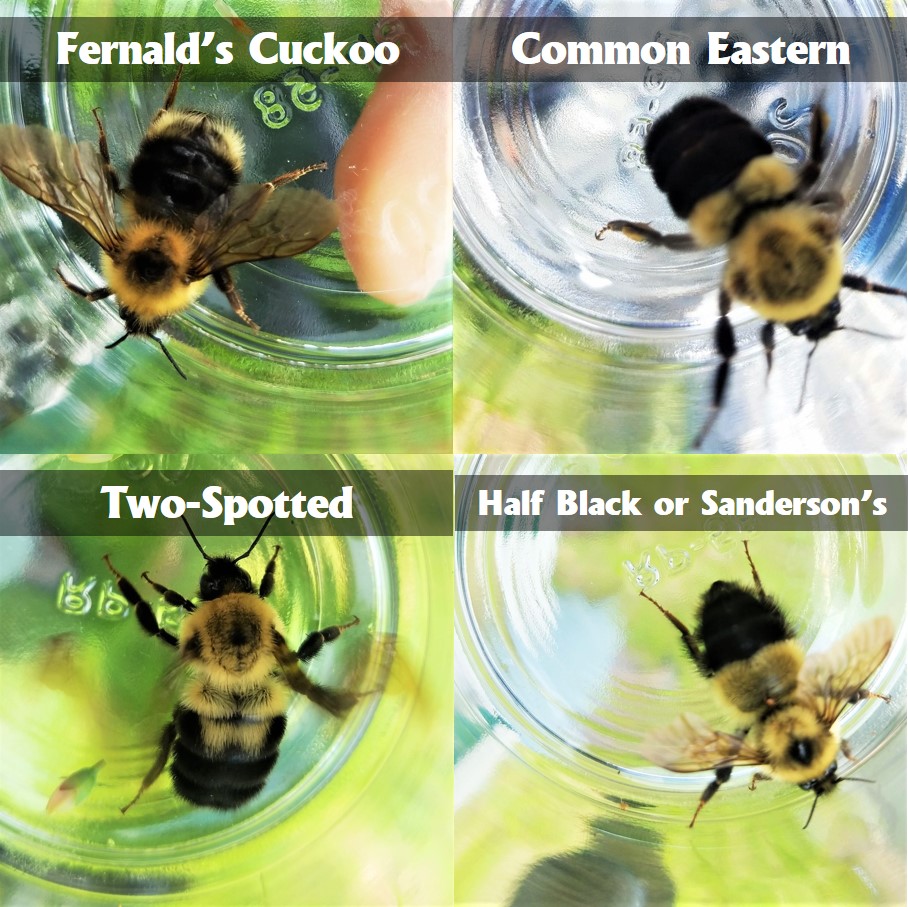 If you are also involved in our Search for the Rusty Patched Bumble Bee, it appears blueberry bushes are a great place to look! Remember that while Bumble Bees can often be found in cooler, more remote areas (like up in the mountains) they can also be observed pollinating backyard gardens. Keep listening for that hum and uploading your observations to iNaturalist! Remember during June, a prize is on the line for the most Bumble Bees recorded.