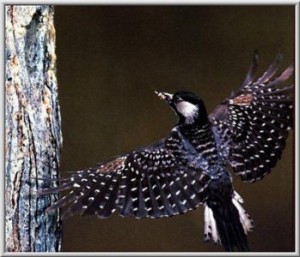 Already, following the filing of our lawsuit, the Service has hired a new manager for the Noxubee, who is a PhD biologist, to replace the former manager, who was trained as a timber manager.  The Service has abandoned all planned timber sales at the Noxubee except one, which was modified so that it is a thinning instead of the clear-cut that was planned—saving the old trees the woodpecker relies on.  Importantly, for the first time in anyone’s memory, the Service did an environmental analysis before issuing a permit for that one remaining thinning, and gave the public the opportunity to comment and adjusted the plans in response to the comments of Margaret and others.  This is an important shift in management approach towards greater inclusion of dedicated volunteers and the public in general, which we welcome wholeheartedly.

In the coming weeks we hope to finalize a settlement of the lawsuit with the US Fish and Wildlife Service that will mean even more good news for the woodpecker and numerous other species that depend on the sound management of the Noxubee—stay tuned!  We look forward to working in partnership with the Noxubee and its dedicated volunteers to secure a promising future for the woodpeckers on the Noxubee and across the southeast.  There is a real opportunity here to have an Endangered Species success story.