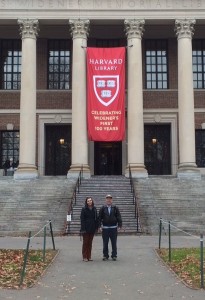 Wild South’s Cultural Heritage Team, Lamar Marshall and Paige Tester, along with Cherokee genealogist Anita Finger-Smith, spent a week in Cambridge, MA collecting primary Cherokee records at Harvard University’s Houghton and Lamont Libraries. The team photographed 17,795 new digital images of missionary records ranging from 1818 to about 1850. Hundreds of Cherokee children are listed in the records, which include syllabary, class materials, and lists of Cherokee words, some of which might have been lost over time. Copies of important records relating to the language will be distributed to the Eastern Band’s New Kituwah Academy in Cherokee and to the Cherokee language program at Western Carolina University. The project is sponsored by the Tribal Historic Preservation Office (THPO) and funded by the Cherokee Preservation Foundation.

Wild South is particularly interested in records pertaining to the geography and ecology of Western North Carolina. These records are used to reconstruct the historical landscape and biology of the region prior to 1800. The new records include descriptions of how the Cherokee used the buffalo which was once abundant across the Southeast for food, clothing, robes and hides for bedding. The horns of all animals, including buffalo, were used by all of the North American tribes for head-dresses. Chiefs wore the horns into battle to represent power as well as their rank. 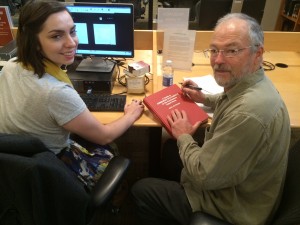 The Valley Towns along Hiwassee and Valley Rivers are mentioned, and extensive materials pertaining to Branierd Mission (near Chattanooga), Taloney, Running Water, Creek Path, Hightower, Wills Town, Cabin Town, Raccoon Town, and Red Clay are subject matter within these materials. The collection of primary Cherokee documents now number well over 100,000 digitized documents and maps. In addition to being hosted at the Qualla Boundary Library, important documents will also be uploaded to the Wild South Cherokee Journey Website.