Wild South is proud to announce our new partnership with Decatur’s historic Princess Theatre Center for the Performing Arts!  Beginning on April 10, Wild South’s Movie Nights will take place on the second Tuesday of each month as part of the Princess Theatre’s Community With A Conscience series.

The films and documentaries that we screen are relevant to the work and mission of Wild South.  They are open to the public and there is no charge to attend.

Wild South and Princess Theatre staff  will lead a group discussion after each film.

Please mark your calendar and plan to join us!

And now, the schedule of our upcoming screenings:

April 10 – Before the Flood 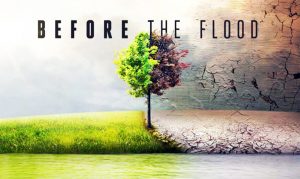 If you could know the truth about the threat of climate change — would you want to know? Before the Flood, presented by National Geographic, features Leonardo DiCaprio on a journey as a United Nations Messenger of Peace, traveling to five continents and the Arctic to witness climate change firsthand. He goes on expeditions with scientists uncovering the reality of climate change and meets with political leaders fighting against inaction. He also discovers a calculated disinformation campaign orchestrated by powerful special interests working to confuse the public about the urgency of the growing climate crisis. With unprecedented access to thought leaders around the world, DiCaprio searches for hope in a rising tide of catastrophic news.

From Academy Award®-winning filmmaker Fisher Stevens and Academy Award®-winning actor, environmental activist and U.N. Messenger of Peace Leonardo DiCaprio, Before the Flood presents a riveting account of the dramatic changes now occurring around the world due to climate change, as well as the actions we as individuals and as a society can take to prevent the disruption of life on our planet.

Green Fire is a fascinating and inspirational documentary on the life and work of Aldo Leopold, an American author, philosopher, scientist, ecologist, forester, conservationist, and environmentalist. He was a professor at the University of Wisconsin and is best known for his 1949 book, A Sand County Almanac.

Leopold was influential in the development of modern environmental ethics and in the movement for wilderness conservation. His eco-centric or holistic ethics regarding land ethics had a profound impact on the environmental movement. Leopold emphasized biodiversity and ecology and was a founder of the science of wildlife management. 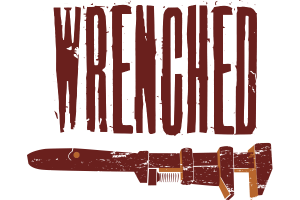 Filmmaker ML Lincoln’s documentary Wrenched reveals how Edward Abbey’s anarchistic spirit and riotous novels influenced and helped guide the nascent environmental movement of the 1970s and ‘80s. Through interviews, archival footage and re-enactments, ML Lincoln captures the outrage of Abbey’s friends who were the original eco-warriors. In defense of wilderness, these early activists pioneered ”monkeywrenching” – a radical blueprint for “wrenching the system.” 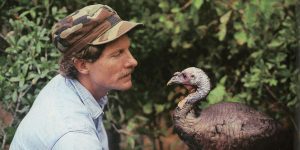 Biologist Joe Hutto was mother to the strangest family in the world, thirteen endangered wild turkeys that he raised from egg to the day they left home.

For a whole year his turkey children were his only companions as he walked them deep through the Florida Everglades. Suffering all the heartache and joy of any other parent as he tried to bring up his new family, he even learnt to speak their language and began to see the world through turkey eyes. Told as a drama documentary with an actor recreating the remarkable scenes of Joe’s life as a turkey mum.

Naturalist Jim Hutto’s remarkable experience of being imprinted on by a group of wild turkey hatchlings, and raising them to adulthood and beyond, in the remote wilderness of northern Florida.

“America’s Amazon” paints a visually stunning documentary portrait of the Mobile-Tensaw Delta, an amazing watery world, and one of the continent’s most diverse biological treasures. Through compelling descriptions of this rich river system’s origins, history, and connections to plants, animals and man, we gain a deeper understanding of what is at stake as the population living around the Delta grows.

With appearances by world-renowned Harvard Professor and Pulitzer prize winning author, Dr. Edward O. Wilson and other Alabamians, this compelling and informative one hour documentary reveals a hidden world in constant transition.

Ultimately, this award-winning film suggests we must act now to protect this great wilderness for future generations, before it is lost forever.

September 11 – The Mystery of the Trees

The Mystery of the Trees is the result of six years of research that
documents a rapidly disappearing part of the cultural heritage of Indians and the Native American culture- the mystery trees.
All of the meanings of the mystery trees, sometimes known as bent trees, are not known. Some of them point to graves, sacred sites, water, shelter, and stream crossings. Others which mark old Indian
trails are called trail trees. However, today, there are few who know the whole story and can share it with others. Recognition and preservation of these mystery  trees, which are sacred to the Indians, is very important. Many have been destroyed by age, urban growth, farming, road construction or in some cases vandals.
Now, through interviews with tribal elders and extensive research, the story of the mystery trees is again claiming its rightful place in the history of the first people of this land.
We are very pleased that Diane Wells, producer of The Mystery Trees, and Don Wells, president of The Mountain Stewards, will be present to speak at the screening.